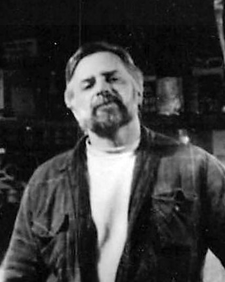 David was born July 10, 1956 in Woodbridge, NJ, a son of the late Stephen Toth Jr. and Arlene (Wilson) Toth. He graduated from Woodbridge High School. On May 5, 1979, David married Agnes “Aggie” DeFino. Sadly, Aggie predeceased him in 2020.

David was a Union Carpenter, avid angler, outdoorsman and animal lover. He had a hobby farm, raising cows, pigs and chickens over the years. He was a teacher, passing along his knowledge and skill to family and friends alike, he was a gardener, beekeeper, music lover, concert goer and a good neighbor. David was always willing to lend a hand in the time of need whether you were a lifelong friend or just an acquaintance.

Most recently, he had been working on his and Aggies lifelong dream of building a cabin on the lake. He loved his wife, their children and family and his dog Bella, the pair was inseparable.

In addition to his beloved wife Aggie and his parents, Stephen and Arlene, a brother Robert Toth predeceased him.

In lieu of flowers, contributions can be made to the Potsdam Animal Shelter, 17 Madrid Ave.; Potsdam, New York 13676.

Memories and condolences may be shared online at www.olearyfuneralservice.com. Arrangements for David W. Toth are under the care of the O’Leary Funeral Service of Canton.