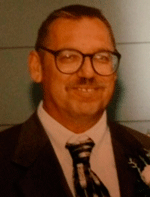 OGDENSBURG — David L. Cole, age 72 of Ford Street in Ogdensburg passed away on June 18, 2022 at St. Joseph’s Hospital in Syracuse.

As per his request, there will be no funeral services.

A celebration of life will be held at a later date.

He was predeceased by his parents Ralph & Helen, brothers Jeffrey, Peter & Charles Cole and an infant sister Sylvia Cole.

He graduated from Ogdensburg Free Academy and later obtained an associate’s degree from Mater Dei College.

He entered the US Navy on July 1, 1969 surviving during Vietnam.

He received his honorable discharge on March 2, 1973.

After leaving the U.S Navy, David held a variety of jobs then worked at Potsdam Paper.

In 1993 he became employed at Acco Brands.

There he worked in maintenance and as a machine operator until he retired in 2013.

David also cared for his parents as their health declined.

He enjoyed visiting with many neighbors during his daily walks about town.

He collected and traded baseball cards throughout his life.

Dave was great at putting a smile on your face with a quick joke or an improbable story. Spending time with family and friends made him most happy.

Memorial contributions can be made to a charity of one’s choice.

Condolences and fond memories can also be shared at www.foxandmurrayfuneralhomecom.