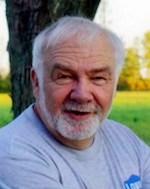 HEUVELTON -- Funeral services for David J. Stiles, 67, will be held Monday, August 26, 2019 at 5:00 p.m. at Fox & Murray Funeral Home with Missionary Ronald Stiles officiating. Calling hours will also be held on Monday from 3:00 p.m. until the time of service at the funeral home. David passed away peacefully at his home on Friday, August 23, 2019, with his family by his side.

David is survived by his wife of 43 years Doris; a son, Kevin Stiles of DeKalb; a granddaughter, Kathryn ”Katy” Thompson; sisters, Cheryl Crowe of Heuvelton, Jane (Ronald) Pike of Canton, Sue Lytle of Heuvelton, and Sandra Thomas of South Carolina; and several nieces, nephews and cousins.

David was born April 10, 1952 in Potsdam, NY, the only son of the late John Franklin and Mildred (Wilson) Stiles. He graduated from Heuvelton Central School in 1970 and went on to graduate from Canton ATC with a degree in heating and plumbing. He worked with his father as a general contractor for several cheese companies in the area. He then began his career with Claxton Hepburn Medical Center as a maintenance mechanic and retired after almost 30 years in 2012 due to illness. He was called on to supervise the maintenance shop on several occasions, mentoring the men and affectionately earned the title of “Mr. Hepburn”.

His hobbies included hunting for deer, fishing, motorcycling, playing golf, bowling and archery with his son Kevin. He always looked forward to the Stiles Annual Weenie Roast held customarily on the last Friday in August.

Condolences and fond memories can be shared online at www.foxandmurrayfuneralhome.com.