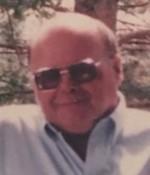 GOUVERNEUR -- David Desormeaux, 77, passed away on Thursday, September 30, 2021 in the Canton-Potsdam Hospital, NY.

David was born in Gouverneur, NY on July 12, 1944, the son of Rene and Alice Fuller Desormeaux.

In 1950, at six years old, David contracted polio. After twenty-eight months of rehabilitation at the Ithaca Reconstruction Home, he returned to work at his father’s dairy farm in Antwerp, NY.

On September 11, 1971 he married Judith Ann Narrow at what would become their home in Antwerp, NY. Judy was the love of his life. Judy remained in his thoughts and heart after her passing.

David enjoyed adventuring around the north country via various modes of travel. Whether it was a Chrysler Road Runner with a Hemi, a Ski Doo snowmobile, a boat, or a four-wheel drive truck, they all had two things in common. They were all fast and Paul Johnson was there. Uncle Paul was Dave’s best friend for over seventy years. The pair were well known for their hijinks and good-natured fun.

David worked as a draftsman, estimator, purchaser, and project manager at Bagley and Sewell, Cives Steel, and Riverside Iron Works until Sept 2021. He was full-time employed his entire life.

He enjoyed jokes, laughing, and being with friends and family above all. His brother Albert and sisters Marie and Sue Anne were dear to him and always there for each other.

Special thanks to his sweetheart Michelle, his girl Deb, his neighbors Stan and Diane Simmons, Eric and the Riverside Iron team, and all his industry friends he so enjoyed working with.

David was predeceased by his wife Judy and daughters Millette Desormeaux and Trina Holmes.

Calling hours will be held on Sunday, October 3 from 2 - 4PM at Green Funeral Home, Gouverneur followed by a mass on Monday October 4th, 2021 at 10AM with Father Seymour at St. James Catholic Church, Gouverneur.

In lieu of flowers, contributions can be made to the Gouverneur Hospital at https://www.stlawrencehealthsystem.org/donate .