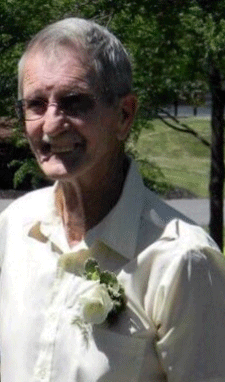 BRASHER FALLS -- Daniel "Jerry" Bissonette passed away peacefully Saturday, November 19, 2022 at home surrounded by his family and under the care of Hospice.

Arrangements are entrusted to Hammill Funeral Home in Winthrop where Visitation will be held on Wednesday, November 23, 2022 from 3-5PM, with a funeral service immediately following. Jerry will be laid to rest with military honors at St. Patrick Cemetery in the spring.

Daniel was born in the backseat of an automobile on a bridge in Bombay, NY on January 7,1941 to the late Floyd J. and Marjorie (Cross) Bissonette, He graduated from St. Lawrence Central in June 1960. He married the love of his life, Ruth Yaddow on August 5, 1967. They celebrated their 55th wedding anniversary in August. They lived in the Town of Brasher Falls.

He served in the United States Army November 1963 through November 1965 and was stationed at Fort Sill, OK. He was a missile tech and ended his military career as a SP5 in 1969 with the Army Reserves.

Jerry started his career for the New York Central Railroad later known as Conrail in 1966 and worked there for 22 years. After his railroad career, he started his flea market business and this is where he found his love for wood crafting. His specialty was clocks. He did flea markets and craft shows for over 20 years.

Jerry's hobbies besides wood crafting were hunting, fishing, horseshoes and playing cards with family at his brother's house. He also loved the game of trivia which he played with family.

He and Ruth were members of a rifle and archery club through the Massena Rod and Gun club. Jerry and Ruth were also avid bowlers and brought home a 1st place trophy one year.

His very favorite sports team was the NY Yankees. Mickey Mantle was his favorite player. He also loved the Boston Bruins and Bobby Orr.

He is predeceased by his parents, his brothers; Donald, Frederick and Andrew Bissonette and one sister; Laurel McGregor. Also predeceasing him is his best friend; Robert Moody.

In lieu of flowers, memorial contributions can be made in Jerry's honor to the Tri Town Rescue or St. Lawrence Valley Hospice. Memories or words of comfort can be shared with the family at www.hammillfh.com.