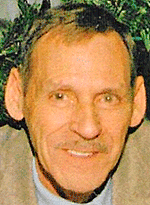 Daniel is survived by his wife, Suzanne; his children, one son and his wife, Daniel and JoAnn Brabant of Canton, NY; three daughters and their husbands, Michele and Paul Hollingsworth of Athens, Ontario, Cheryl and Dave Harper of Ogdensburg, NY, and Karrie and Andy Dodd of Ogdensburg, NY; ten grandchildren and five great grandchildren, and many nieces, nephews and cousins. He is predeceased by a brother, Charles Brabant on November 24, 2015.

Daniel was born on March 16, 1940, in Ogdensburg, NY, the son of Edward and Mary (Skelly) Brabant. He graduated from Ogdensburg Free Academy in 1958 and later graduated from SUNY Canton with a associate's degree in HVAC in 1961.

Daniel married Patricia A. Marney on September 2, 1961 at St. James Church in Syracuse, NY. She later predeceased him on March 17, 2006. Daniel later remarried in September of 2008 to the former Suzanne (Murray) Bromley.

Daniel worked for Skelly Contracting as a pipefitter and was in the pipefitters union for over forty years.

Daniel enjoyed hunting, coaching baseball and football. He was also very involved with the Pop Warner football program. Daniel was a fan of the New York Yankees, Pittsburgh Steelers, and the New York Rangers.

Online condolences may be made at www.fraryfuneralhome.com.