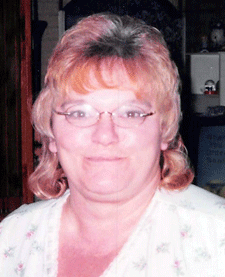 CANTON -- Carol J. Allen, 62, of Canton died peacefully in her home on Saturday, November 26, 2022, she was surrounded by her family and under the care of Hospice of the St. Lawrence Valley.

Carol was born October 17, 1960 in Canton, a daughter of the late Royce and Eunice (Brabaw) Corbine. She graduated from Knox-Memorial Central School. In April of 1979, Carol was married to Dale T. “Tim” Allen.

Over the years Carol worked several jobs, she owned and operated the Sugar Bowl II diner in Madrid and was a Table Dealer at the Akwesasne’ Mohawk Casino until she retired due to health issues.

Carol enjoyed spending time outdoors, traveling to flea markets, gardening, diamond painting and most of all spending time with her grandchildren.

In addition to her parents, Royce and Eunice, she was predeceased by her beloved husband Tim on May 8, 2021 and by a sister, Debbie Peabody.

Contributions in her memory may be made to Sports for Cancer, 521 South Canton Road; Potsdam, New York 13676.

A funeral service will be held at 1:00 pm at the funeral home, followed by a Celebration of Life at Char’s in Morley beginning at 3:00 pm.

Arrangements for Carol J. Allen are under the care of the O’Leary Funeral Service of Canton.