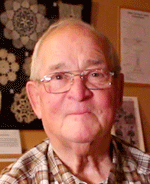 Carlton E. Stickney, 78, of Brookdale, unexpectedly passed away on Friday January 28, 2022, at the University of Vermont Medical Center in Burlington from complications resulting from a fall the prior evening.

There will be no calling hours or services, but the family welcomes friends to gather for a Celebration of Life and share memories of Carl at the Silas Wright House, home of the St. Lawrence County Historical Association (a place very near to his heart), at 3 Main Street, Canton, NY on April 23, 2022 from 1:00 to 4:00 pm.

Carlton was predeceased by his parents and two brothers, Francis K. Stickney and Earl N. Stickney.

Carlton had very close friendships with too many people to mention, most notably a friendship with Linda (Locke) Hollis spanning 74 years.

He also shared a very special bond of over 43 years with Bob Mulverhill, Karey Fournier and their boys, Nathen and Jered.

Carlton attended the rural one room schoolhouse in Brookdale in his youth and graduated from St. Lawrence Central School in 1961.

He then was a student at Canton ATI (now SUNY Canton) where he studied agriculture graduating in 1963.

Carlton continued his education in 1964 at the Ogdensburg State Hospital School of Nursing where he graduated in 1967 one of 14 students.

In 1968, he enlisted as a 2nd Lieutenant in the Army Nurse Corps and served in San Antonio, Texas, at Fort Sam Houston’s Brooks General Hospital.

There he treated soldiers recovering from wounds sustained in the Vietnam War.

He was discharged in 1970 and served in the Army Reserves, retiring as a Lt Colonel. After being discharged from the Army, Carlton returned to the Ogdensburg State Hospital, obtained his Nurse Practitioner degree, and served the state until retiring.

In addition, he worked for Canton-Potsdam hospital as a PA after retirement for over 10 years.

Carlton was an avid antique collector and made his first purchase from an auction when he was very young.

His search for antiques had him traveling thousands of miles each year throughout several states.

He had his favorite shops that he would visit regularly.

He frequently attended local auctions and enjoyed sharing the history behind the treasures he brought home.

In 1976, Carlton purchased the Octagon House in Brasher Falls but was never able to establish the museum that he envisioned being housed there.

In 1980, Carlton was elected President of the Stockholm Historical Association and also served as a town trustee.

Carl was the current Town of Stockholm Historian, where he had served since being appointed in January 2002.

He was a member of the St. Lawrence County Historical Association board of directors and was past president.

He also served on the board of directors at the Almanzo Wilder Farm and was past president there as well.

He shared his collection of artifacts mentioned in the Little House on the Prairie books. Relics were used in the 4th grade elementary tours of the farm as well as in classroom presentations.

Over the years, he taught chair caning classes, displayed his civil war collection at Civil War Re-enactment weekends, gave lectures about antique glass and oil lamps, and shared various collections for display at the local museums in Potsdam and Canton.

He spent countless hours volunteering his time with several organizations.

He most recently spent a vast amount of time organizing the early lighting exhibit currently on display at the Silas Wright House in Canton.

Carlton will forever be remembered as a kind and generous gentleman with a wealth of knowledge about local history, he enriched the lives of those who were fortunate to know him.

Carl took great pride in the communities and organizations he served.

Contributions in his memory may be made to the St. Lawrence County Historical Association Stickney fund, PO Box 8, Canton, NY 13617 or the Almanzo Wilder Farm, PO Box 283, Malone, NY 12953.

Condolences and fond memories may be shared at www.hammillfh.com