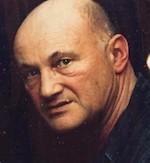 DEXTER -- Captain Edward G. Pflugheber, 89, of 23656 Ackerman Rd, passed away on May 1, 2021 at home, surrounded by family. Calling hours will be held from 12 - 2 p.m. Friday, May 7, 2021 at Johnson Funeral Home, Dexter, NY. A short service will be held at the funeral home following calling hours. Burial with full military honors will be at Sacket’s Harbor Military cemetery immediately after.

Ed was born on July 27, 1931 in Wanakena, NY, son of Edward and Fern (Hubbard) Pflugheber. He graduated from Philadelphia, NY High School in 1948. He graduated from St. Lawrence University in 1952, where he was a member of Alpha Tau Omega Fraternity. He married his college sweetheart, the love of his life, Joan Hansen. He entered the US Navy as an officer candidate at Newport Rhode Island, where he received his commission as Ensign. He was in active duty for three and a half years as an engineering officer on the destroyer U.S.S. Hunt. He saw military action in Korea, and travelled around the world, before being honorably discharged as Lieutenant Junior grade in 1956. Ed joined the Reserves, where he served in Watertown, Oswego, and Syracuse, during which time he reached the rank of Captain, the youngest ever at that time.

Ed joined his father who owned and operated the family business, Town Motors. He later purchased the business from his father in1972, renaming it Watertown Motors, which he owned and operated until 1984. He was very active in the community, including past president of the junior Chamber of Commerce, and one of the four developers of Dry Hill Ski area. He was a member of the National Ski Patrol, working at Dry Hill and Tupper Lake.

Ed’s daughters became competitive swimmers, and he became a swim coach and official in high school, college and UUA. He was meet director and very involved in YMCA swimming. Ed enjoyed hunting, fishing, gardening, and was an avid fan of the St. Lawrence University Hockey Team. He was a member of the Watertown Elks Lodge, Board of Directors for Jeff/Lewis Boyscouts of America, Board of directors for Farm Bureau, member of Watertown Kiwanis, Tin Can Sailors, Dexter American Legion, and Watertown VFW.

Donations in his name would be welcome to the Watertown SPCA and the Veterans Administration.

Online condolences may be made at dexterfuneralhome.com