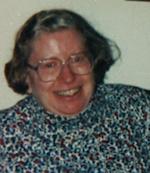 MASSENA -- Agnes M. Savoca, 89, peacefully passed away Saturday morning, August 10, 2019 at the Massena Rehabilitation and Nursing Center. Friends and family are invited to call on Monday, August 12, 2019 from 5:00 - 7:00 p.m. at the Phillips Memorial Home, Massena. A Mass of Christian Burial will be held on Tuesday, August 13, 2019 at 11:00 a.m. at St. Joseph’s Church, Massena. Burial will take place in Calvary Cemetery, Massena.

Agnes was born on December 2, 1929 in Massena, the daughter of the late Edward and Jessie (Harmer) Auger. She graduated from Massena High School in 1947 and later married Santo “Sandy” Savoca on September 15, 1962 at Sacred Heart Church, Massena. He predeceased her in January of 2008.

Agnes worked at ALCOA for 16 years, starting in the mail room and later doing clerical work. She later worked for the New York State Department of Labor, House of Fabric and retired from Ames Department Store after many years in 1999. Agnes had many hobbies including crafts, gardening, knitting and sewing. She was an avid reader, library patron and loved to decorate the house for all of the holidays. Agnes enjoyed the visits she had with her friends and liked going out to eat, giving her a chance to socialize with her former co-workers from Ames and the Ceramic Group.

Agnes is survived by her two daughters, Mary and Andrew Taylor of Parishville, Martha and John Perrin of Oswego; a son, Joseph Savoca of Massena. She is also survived by one grandson, Brandon Boyce; and several nieces and nephews.

She is predeceased by a daughter, Margaret Rose Boyce in October of 2003; a half-sister, Margaret Davilla; and a brother, Edmund Auger.

Arrangements are under the care and direction of the Phillips Memorial Home, Massena. Memories and condolences may be shared with the family at www.PhillipsMemorial.com