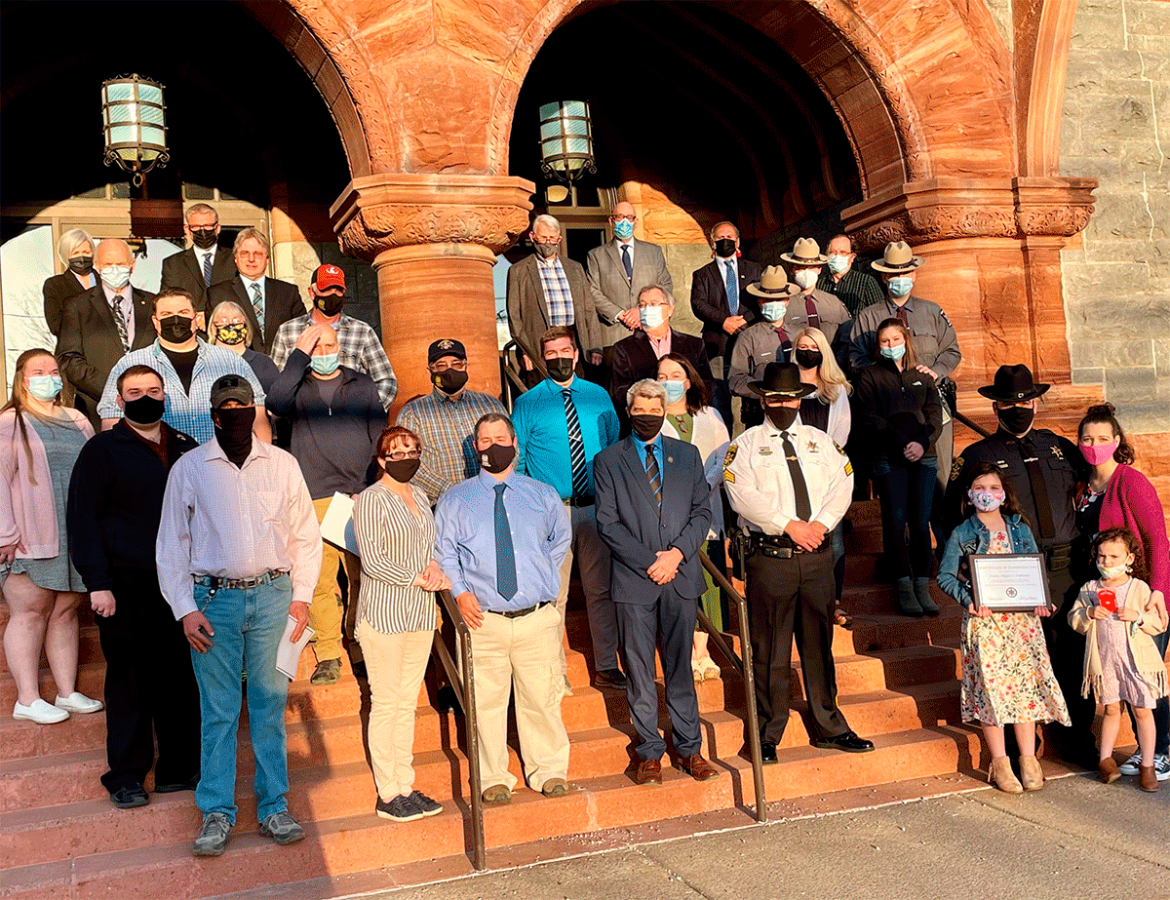 On Monday St. Lawrence County legislators held a recognition ceremony at the opening of the full board meeting.

Then January fire claimed the lives of Ricky and Lena Gollinger, but the efforts of first responders allowed six others to escape from the burning home.

Two adults and four residents were aided in an escape without serious injuries.

Later in the meeting St. Lawrence County Legislator asked that the county order plaques for those who were honored so they would have something long-lasting to commemorate their efforts.