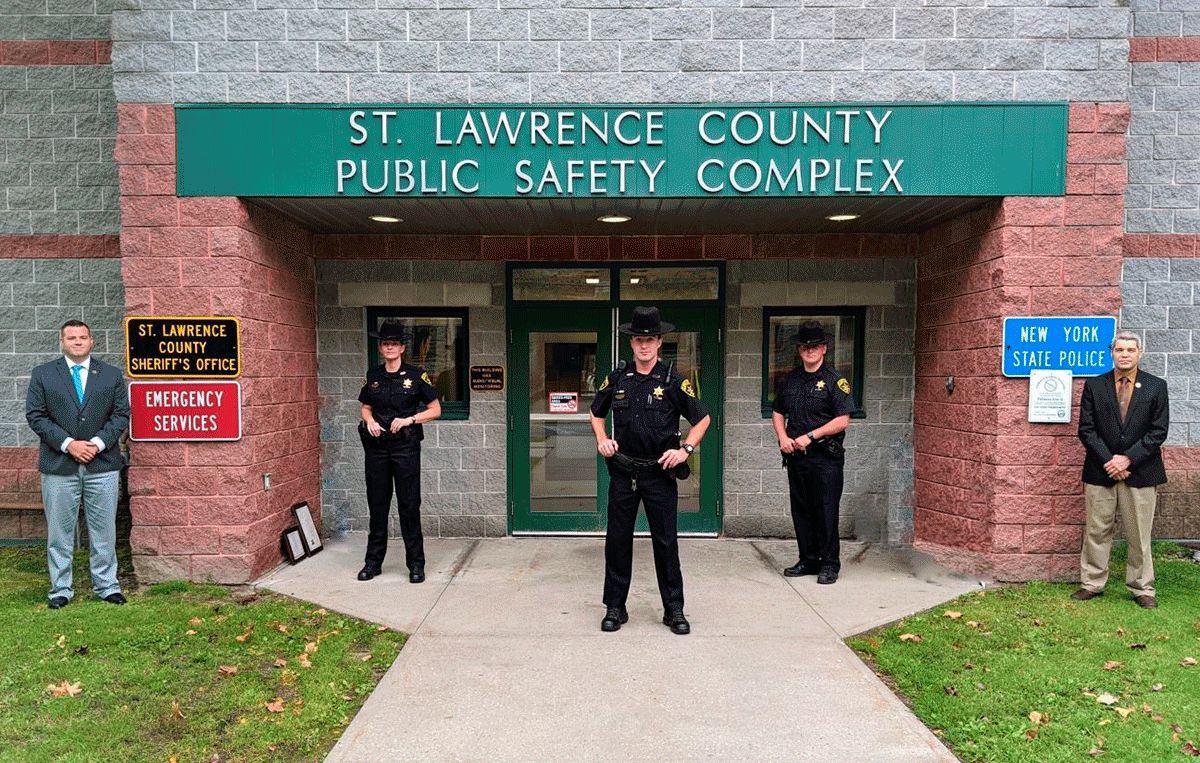 Deputy Barton has served as a civil enforcement officer for the St. Lawrence County Sheriff’s Office since 2011. She graduated from SUNY Canton with a B.Tech in Public Safety Technology: Criminal Investigations and an A.A.S. in Criminal Justice. In July, Deputy Barton graduated from the Police Academy at SUNY Canton and will continue as a deputy in the Sheriff’s Civil Division.

Deputy Montroy served as a New York State Park Police Officer prior to joining the Sheriff’s Office. He graduated from SUNY Canton with a B.A. in Homeland Security and an A.S.S. in Criminal Justice, and is a graduate of Heuvelton Central School. Deputy Montroy will serve in the Sheriff’s Criminal Division.