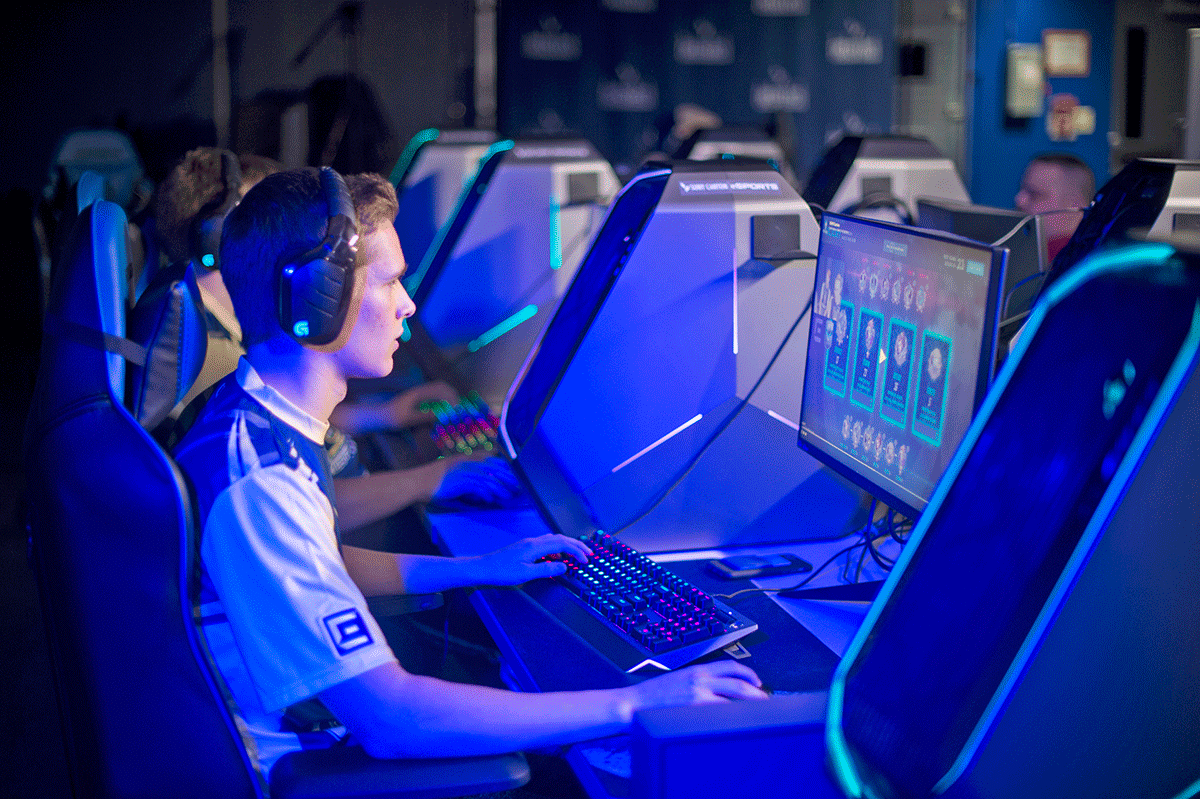 SUNY schools in Potsdam and Canton are attracting a new type of athlete to their schools, the e-athlete. Esports students can be recruited, or walk-on, similar to more traditional sports such as basketball or soccer.

Esports is one of the fastest-growing entertainment industries in the world and is expected to generate close to $1.8 billion in revenue by 2022, according to SUNY Canton Senior Media Relations Manager Greg Kie.

“We've have been at the forefront of collegiate esports for approximately two years,” Kie said.

Having esports teams has been a “big deciding factor for numerous prospective students in their decision to attend SUNY Canton,” Kie said. He said the college’s esports table at open houses is always one of the busiest areas as high school students inquire about the program.

"Gaming and esports fosters creative problem-solving,” said Anthony Betrus, the group's director and head coach, as well as professor of educational technology and management. “It makes you think laterally across subject areas. You have to open your mind up. It builds real skills."

SUNY Potsdam students created an esports club this fall that competes with nearly 60 other colleges from around the country. The university has 38 students who play on a Fortnite team, two League of Legends teams, an Overwatch team and four Super Smash Bros. teams. There are plans to add teams in FIFA and Rocket League in the spring.

Both colleges play in the Eastern College Athletic Conference (ECAC) which arranges weekly competition between colleges.

Being on an esports team is fun and games, but it’s not all fun and games. Academics and learning life skills play a major role in esports.

“It’s not just about competition … these skills are building blocks for STEM careers,” Betrus said.

Betrus hopes to start an esports management program at SUNY Potsdam. He said jobs within the “esports ecosystem” include working on websites, writing articles, and working with sponsors, among others.

SUNY Canton is awaiting approval of an esports management academic major with hopes to begin enrolling students for next fall.

About half of SUNY Canton’s e-athletes are enrolled in the game design and development program, which is a four-year program dedicated to creating video games from scratch. The program began with 7 students in 2017, jumped to 78 students in 2018, coinciding with the launch of varsity esports. It is now at 130 students.

“We want to have space on campus where students can connect,” Betrus said.

“One of the goals of esports is to help drive student engagement and retention … it also helps students develop socially,” Kie said. “Esports also offers our students opportunities in leadership, teamwork, sportsmanship, pride in representing the school and an avenue to compete. All the same things that we take so much pride in offering with our traditional sports teams.”

“Similar to traditional athletics, we've found that students who play with a team are more successful in college,” Kie said. In support of that statement, he said, there were 22 students earning ECAC All Academic honors during the spring semester.

"Our major goals are a commitment to academics and to our team, student retention and competing to have the highest grade point average out of all the Potsdam Bears club and varsity athletic teams," Betrus said.

The program is “most certainly” attracting students to the college, Kie said.

“There are certainly students we recruit to play, and we also hold open tryouts,” said Kie.

Many high schools, including Madrid-Waddington and Hermon-DeKalb locally, already have e-sport teams.

Kie said SUNY Canton has assisted a number of colleges and high schools develop their esports teams and programs.

SUNY Potsdam is looking to return the favor and help local high schools, and others who are looking to create their own esports teams. Talks with BOCES are very preliminary, Betrus said.

This would benefit colleges too, as they can recruit students to their campus to play on their teams.

“The space is heavily used,” said Betrus. There are computers, TVs, and gaming consoles for students to use, and more equipment will likely get added, he said.

There is a cap on how many students can play at one given time at SUNY Canton.

“Our arena has 24 state-of-the-art high-end Alienware computer gaming stations,” Kie said. To have teams maximize their time in practice or competition, we can't have more than that playing at the same time. We are already planning for the next influx of gamers. We want to continue to expand and grow the program.”

Both colleges reported teams are made up of local students, as well as some from across the state and nation. Online students are also able to participate from remote locations.

“One of the reasons the college started the program was to help online students become more engaged with the campus,” Kie said.

The program at SUNY Potsdam is not a varsity sport, yet. The club is funded by the Student Government Association, which boils down to donations and volunteers to make it run.

If the club switched to a varsity sport, it would then be funded through the athletic fee each student pays when attending the college.

This could allow for greater funding, but students would have less freedom over teams which would then be in the hands of coaches and directors.

Betrus was unsure if students wanted to make that change, as they are still able to compete in the ECAC. “We are letting it evolve to what students want,” he said.

Betrus himself is gaining national attention for his research on and advocacy for esports. His talk, "Esports is Real Sports," at the first-ever TEDxSUNYPotsdam event, has more than 3,000 views, and Betrus was recently interviewed at length for the Esports Business Podcast. He also penned a "Game Connoisseur" column for Fourth Coast Entertainment.

The program has led to partnerships with Extreme Networks and Mountain Dew Game Fuel.

“This partnership began when we needed to update our entire campus network,” he said. “Their infrastructure solution helped us meet all of the high-performance wired and wireless access across campus.”

Mountain Dew Game Fuel partnered with the program after students competed in an Instagram marketing challenge. “They've been tremendously supportive of the program,” Kie said.

“Additionally, the college has benefitted greatly from the incredible media attention and marketing opportunities that have accompanied our esports success,” he said. “We've been featured on ABC's Nightline, ESPN, and several TV news shows as well as front page coverage on numerous newspapers, magazines and websites.

“The New York State Museum contacted us about sending items from our program because we were the first SUNY college with a varsity esports program.”