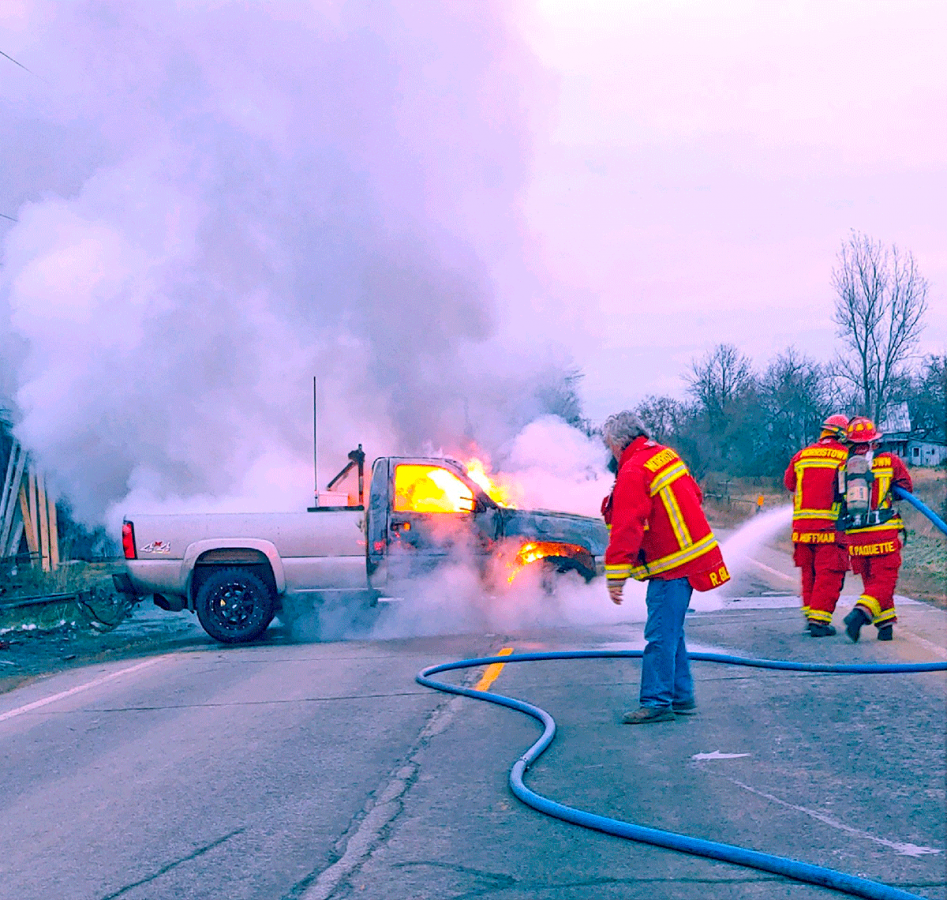 MACOMB — State Highway 184 was closed for about an hour Saturday morning after a truck caught on fire, according to the Morristown Fire Department.

Morristown Fire & Rescue Company and the Gouverneur Fire Department responded to the scene around 7 a.m. and discovered a truck fully engulfed in flames, fire officials said.

Morristown Engine 34 arrived on scene with a crew of four and a 1 3/4 inch attack line with foam was used to quell the blaze, according to the fire department.

The truck was completed destroyed and the cause of the fire is under investigation, officials said.

There were no injuries.

The truck was towed away from the scene and the debris from the fire was removed from the road, the fire department said.

Also assisting at the scene was the state police, NYS DOT and Maple City Auto.​