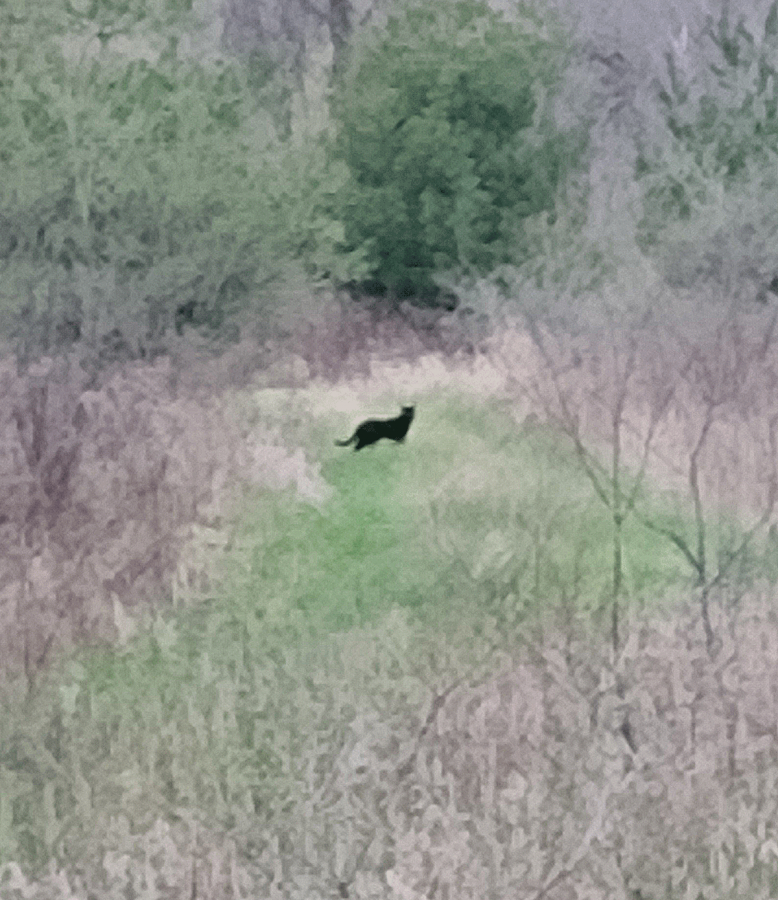 OXBOW — A St. Regis Falls man is cautioning residents in the Payne Lake area of a large black cat he and his girlfriend spotted near the Oswegatchie access point near Oxbow.

Lanny Gagnier and his friend were looking for a spot to kayak when what he describes as a large cat about 4 feet long crossed in front of them. Gagnier says the animal was too big and muscular looking to be a house cat and thought it may be a panther.

They were able to capture photos of the feline, which is jet black with a long tail.

Gagnier said he reported the sighting to the DEC after residents in that area said they had spotted a similar animal in the region, which is fairly wild and not very populated.

DEC said, based on the pictures and description, that the animal was more than likely a large breed of domestic house cat.

Gagnier said the DEC’s determination does not match what he saw, nor does it account for the size of the animal that he judged by the distance between a set of old vehicle tracks where the cat crossed.

“I measured it out to be at least 4 feet,” Gagnier said.

Gagnier said the animal had large paws and it walked with a long stride.

He said the animal watched them for about 5 minutes before heading into the underbrush.

“It definitely was no housecat,” Gagnier said. “I’m not saying it was a panther, but what we saw was a huge cat.”

He said their encounter made them both feel uneasy. “And the way it prowled,” he said. “It had a very muscular walk.”

“It was not intimidated,” he said.

Gagnier said he reported the incident because of the potential of a more negative encounter by residents or children in that area with the animal.

Cougars, or mountain lions, and panthers are not native to the region, but some sightings of what were determined to be animals passing through have occurred over the years.

The DEC maintains a page on its website addressing the topic. Visit that information at https://www.dec.ny.gov/animals/6974.html.