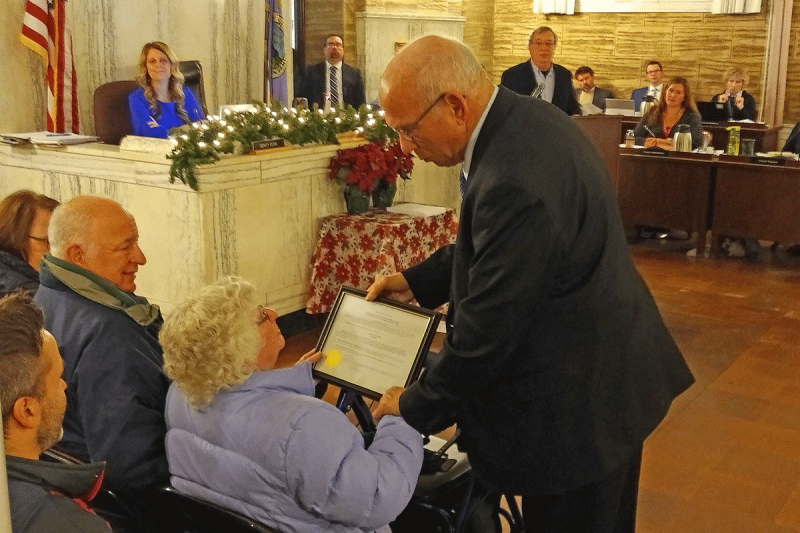 CANTON -- St. Lawrence County legislators honored a former board member from Ogdensburg who died this year.

The legislature paid tribute to Donald F. Burns, who served on the board from 1982 to 1986. He represented what was then District 17.

"He worked hard to build a strong two-party system in Ogdensburg and the county,” Reagen said.

"He breathed politics. He instilled it into his children and his grandchildren ... did a great job bringing his family up, and his full commitment to the people he represented was very admirable,” said Legislator Tony Arquiett, D-Helena.