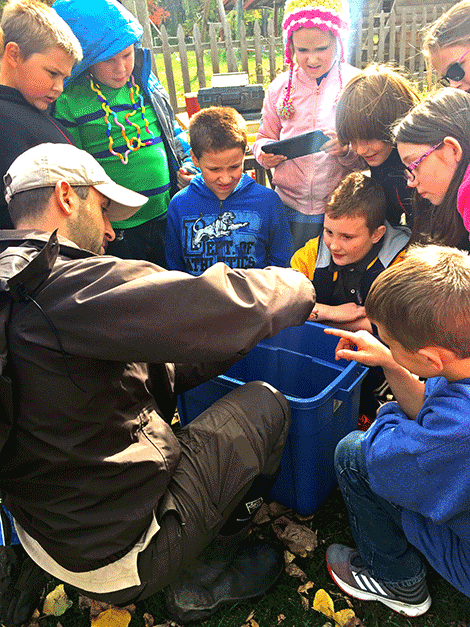 The children get their first look at the strange fish they are going to release into the river. NYS DEC photo.

The kids took part in educational activities on the historical relevance and importance of lake sturgeon in New York State waters and released small sturgeon into the St. Regis River.

The ancient-species fish that were released that day were an average of six inches long. They were raised from eggs collected this past spring.

The huge fish were nearly eradicated because of the trophy size of the fish and the popularity of their eggs. They are now part of a sustained effort at re-establishing populations in the tributaries of the St. Lawrence River. 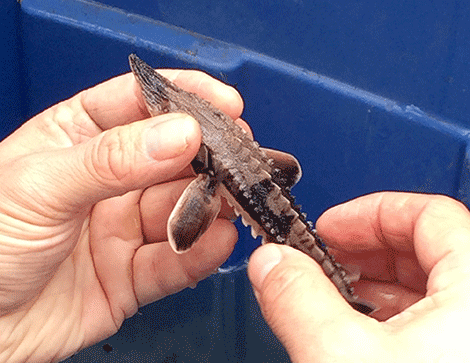 This is what a baby sturgeon looks like. In time it could grow to over 10 feet long. NYS DEC photo.