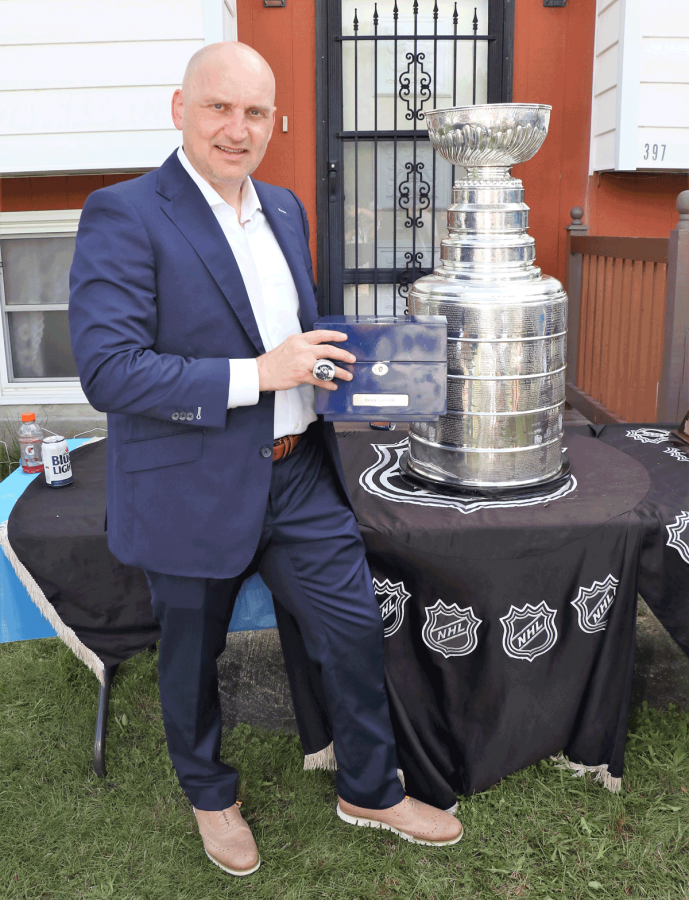 Coach Lalonde and the Stanley Cup. Photo by
Sheila Daoust.

BRASHER -- St. Lawrence Central School alumni Derek Lalonde spent his "day with Stanley Cup" by bringing back to where grew up.

The assistant coach of the NHL champion Tampa Bay Lightning brought the cup to the Tri-Town Arena and Riverview Restaurant this week for people to see, and have their photo with.

Aside from bringing the cup to the area, Lalonde spent time catching up with former coaches, old friends, and even Santa Claus.

"Thank you for sharing and including us all in your day with the Stanley Cup ... you made everyone feel special," said Sheila Daoust, of Tri-Town Candid Pics. 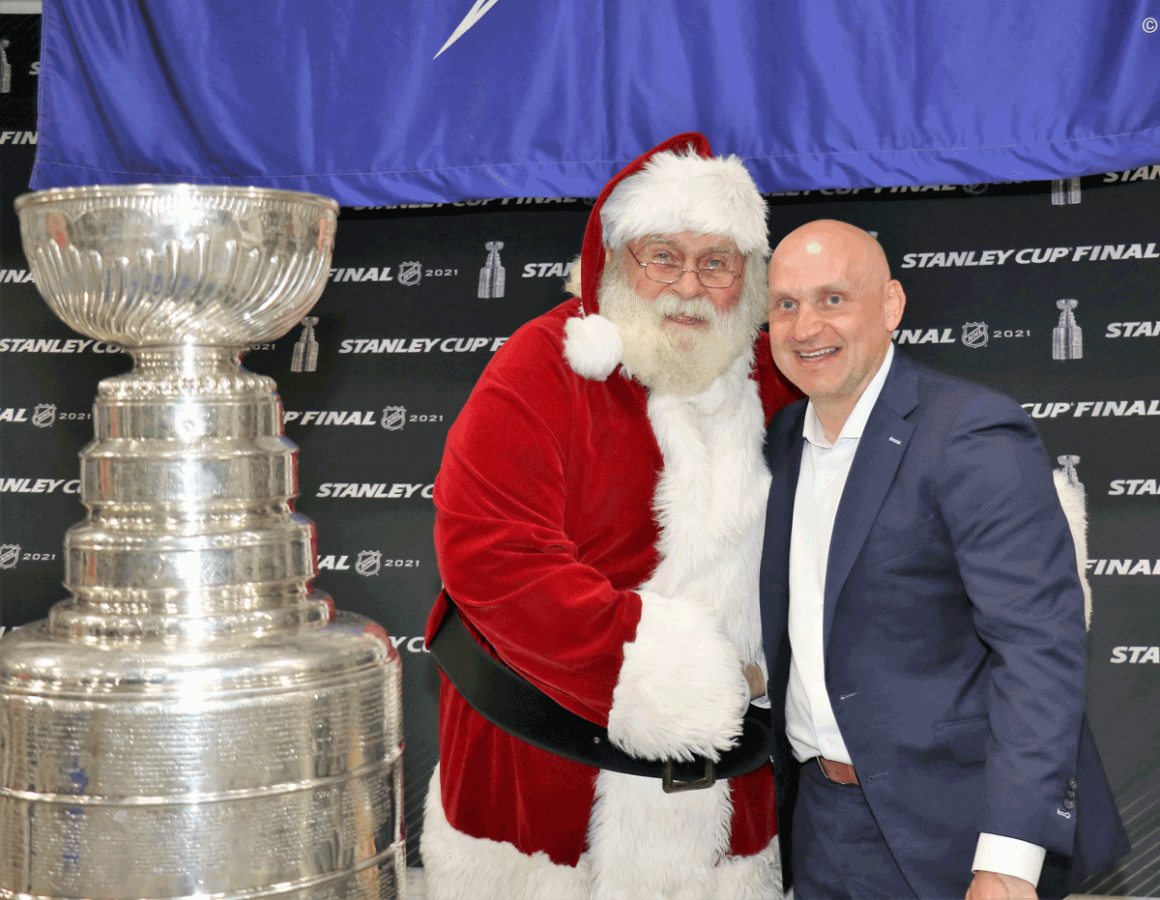 Santa, left, and Lalonde, pose with the Stanley Cup. Photo by
Sheila Daoust.