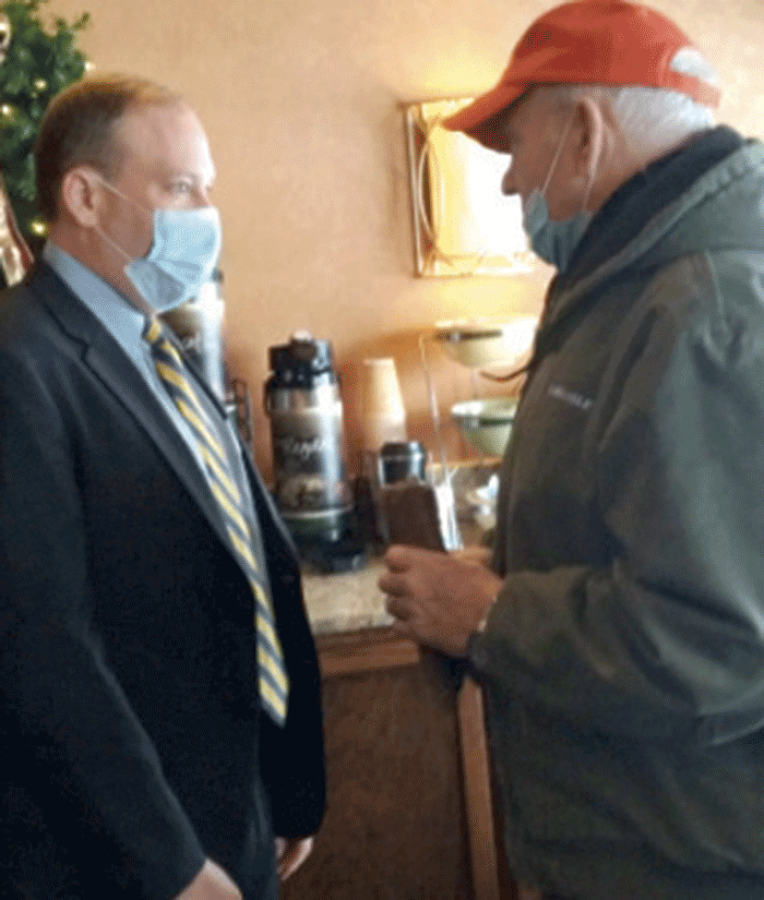 Following the press conference, Congressman Zeldin toured the Ogdensburg Correctional Facility and spoke to staff affected by the closures.

“If Governor Kathy Hochul had the guts to come up to Ogdensburg and hear directly from the constituents she’s affected, she would have heard from local residents passionate about the lifeblood of their economy being ripped away from them. She would have heard from amazing corrections officers who love working at Ogdensburg Correctional Facility, are proud they have one of the lowest rates of use of force and unusual incidents in the entire state, and are extremely disappointed that it is all ending this way,” Zeldin said.

Although Zeldin fell short of promising to reopen the prison if elected, he did not rule out the possibility. Zeldin did say that he would ensure a plan was in place to repurpose the facility and that the state must direct funding the communities losing prisons, which he said are economic engines. Zeldin said input from the impacted communities would be key in those efforts.

“Every New Yorker has the right to feel like their voice is being represented in Albany, and for too long the North Country’s priorities have been sidelined for New York City’s. As Governor, I will do what Kathy Hochul won’t. I will listen to and fight for the North Country residents the Governor is supposed to represent.”

During the visit, Congressman Zeldin discussed the positions he’d advocate for to improve the lives of Corrections Officers and those incarcerated in facilities around the state. Among many other solutions Congressman Zeldin has been offering to address this issue, he detailed his support of the following ten policy positions during his remarks.

• Increasing the budget for the New York State Department of Corrections and Community Supervision to hire more correctional officers and reduce the ratio to inmates;

• Appointing a Commissioner who will put correctional officers, employees, visitors, and volunteers before inmates;

• Setting prison populations based on crimes committed instead of political calculations;

• Repealing Cashless Bail and the Less is More Act;

• Overhauling the Board of Parole as detailed in Congressman Zeldin’s rebuttal to Hochul’s State of the State address;

• Opposing the Defund the Police Movement;

• Repurposing closed facilities rather than just leaving them abandoned, unused and deteriorating; and Providing economic assistance to communities affected by closures.