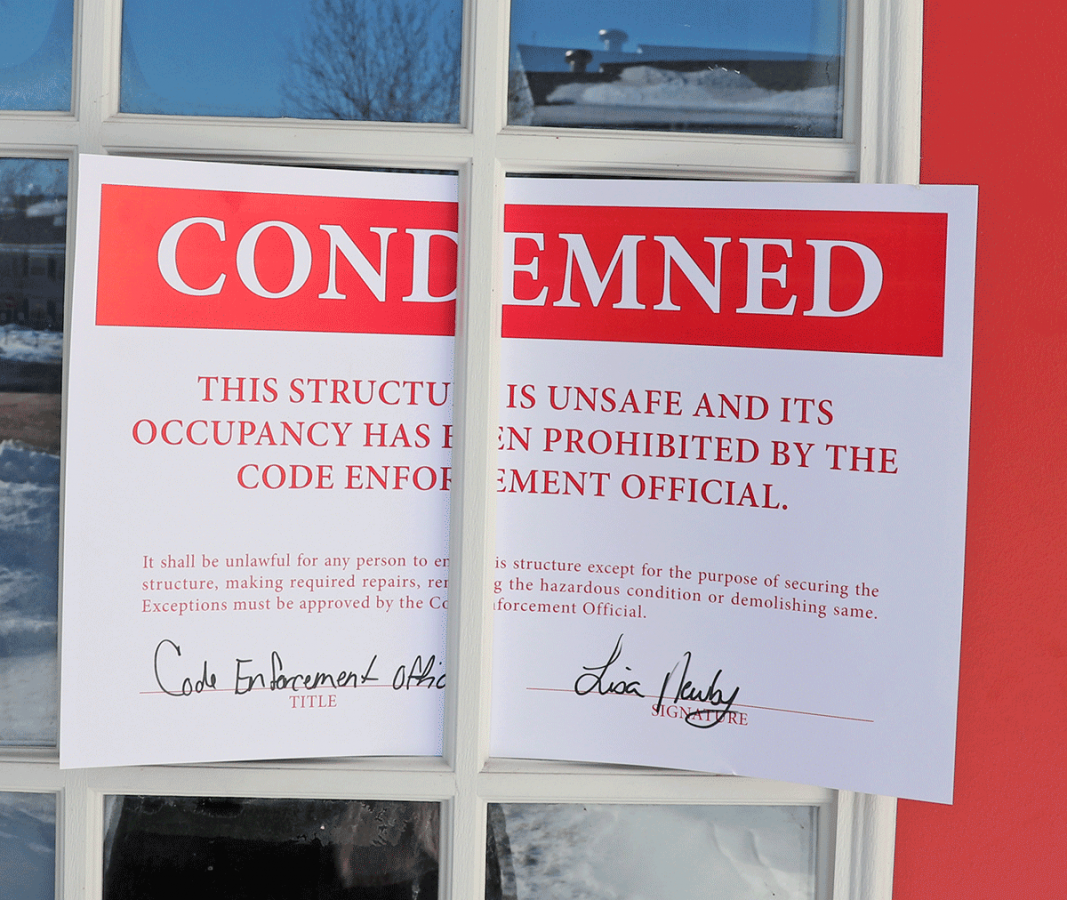 Potsdam village officials determined that the building at Lawrence Avenue Apartments struck by fire Saturday is not suitable for occupation for the time being. Photo by Cheryl Shumway, North Country Now

POTSDAM -- Potsdam fire officials are waiting to hear back from state fire inspectors on the cause and origin of the fire that heavily damaged F Building at Lawrence Avenue Apartments on Saturday, Jan. 26.

Meanwhile, Code Enforcement Officer Lisa Newby has condemned the building, which has 20 units. The building cannot be re-occupied until repairs are done and the work passes inspections.

The First Presbyterian Church in Potsdam, 42 Elm St., is serving as headquarters for collecting and distributing food, clothing and other necessities to the people in need.

The collection will continue from 6 to 8 p.m. tonight, and distribution is planned there tomorrow.

Terry De la Vega and Jane Wells, two of the organizers at the church, explained that Renee Stauffer, Nicholville, started the donation drive.

Helping Hands donated boxes of snack food to be given for the fire victims.

Employees from Potters Industries heard about the donation drive online and organized a collection drive.

The fate of the 49 people who were left homeless after being evacuated early Saturday morning remains unclear.

There are reports that some of them have been staying with friends or relatives, and that some or all 49 had help from the Red Cross arranging and paying for hotel rooms, but such an arrangement is typically for only a day or two, said people familiar with such situations.

Nancy Orolgio, who runs Evergreen Park, said they had eight units available, but could do nothing until authorities in Albany and Washington agreed on how to proceed.

“Someone there has to connect the dots,” she said.

A call to the New York State Division of Fire and Homeland Security Friday to inquire into the progress of their investigation was not immediately returned.