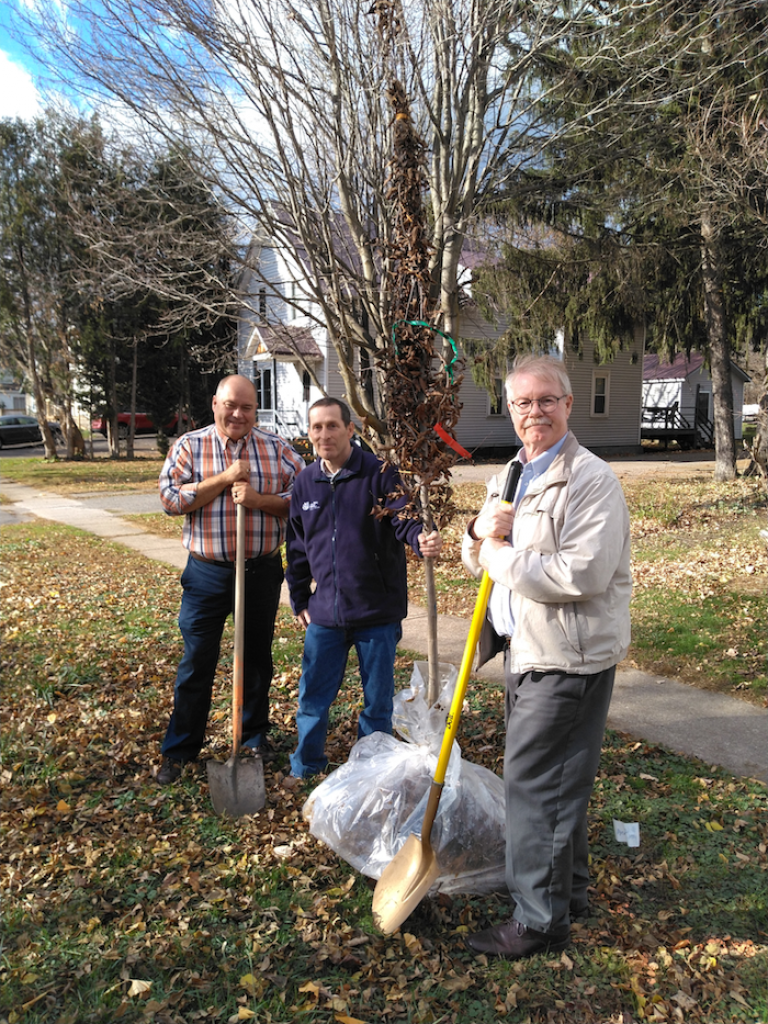 Village Mayor Reinhold J. Tischler announced last week that the village had received the grant from the SLELO PRISM organization through its urban forest sustainability initiative.

According to the announcement from the village planning department, the grant funds were used to purchase the trees which were planted by village DPW workers in residential neighborhoods and in Ives Park the week of Nov. 7.

According to the announcement, most of the trees selected for the new plantings were compact to avoid future conflicts with overhead utility lines, and were cold-hardy, non-invasive species recommended by the village’s forestry plan.

PRISM is a state-funded organization that assists St. Lawrence County communities, as well as other counties, with managing invasive species.

The village announcement said that the organization’s urban forestry program helps communities increase the health of their urban forest in the face of invasive pests, diseases and climate change. The organization contributes up to $5,000 reimbursement grants, like the one received by the village, for municipalities to purchase non-invasive trees.

For more information on the organization visit www.sleloinvasives.com .