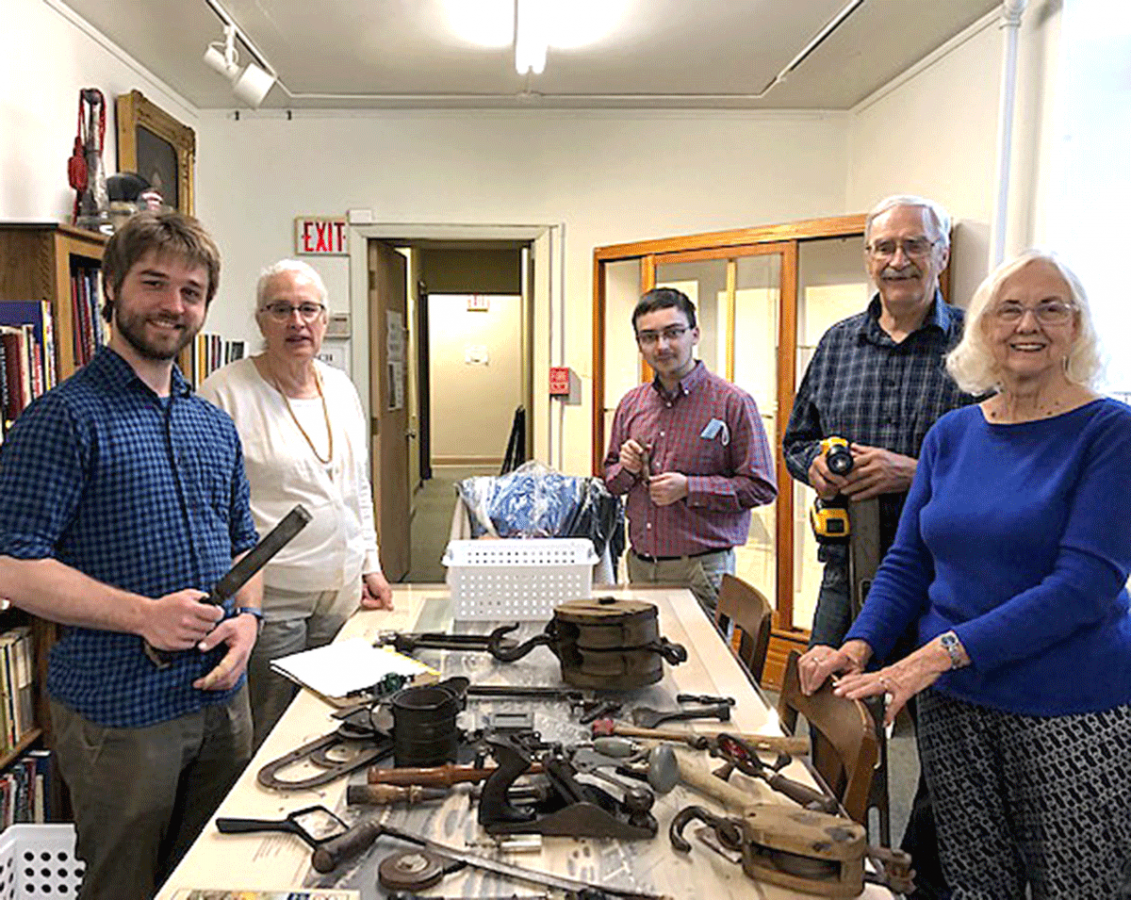 POTSDAM — Bonny Barry Sanders of Florida recently visited the Potsdam Public Museum to donate items which belonged to her great grandparents, James and Sarah Cutting McCormick and her grandparents, Edwin and Velma McCormick Barry, all of Potsdam.

Included were dresses and lace pieces, as well as tools used by McCormick (1840-1921), who was a wheelwright, inventor, blacksmith and Civil War veteran.

A marker in honor of James McCormick can be viewed on the Raquette River Walk in Potsdam.

His great granddaughter has written an historical novel based on his life entitled “Kiss Me Good-bye: Finding Love Among the Ashes of the Civil War,” which may be purchased at the Potsdam Public Museum.