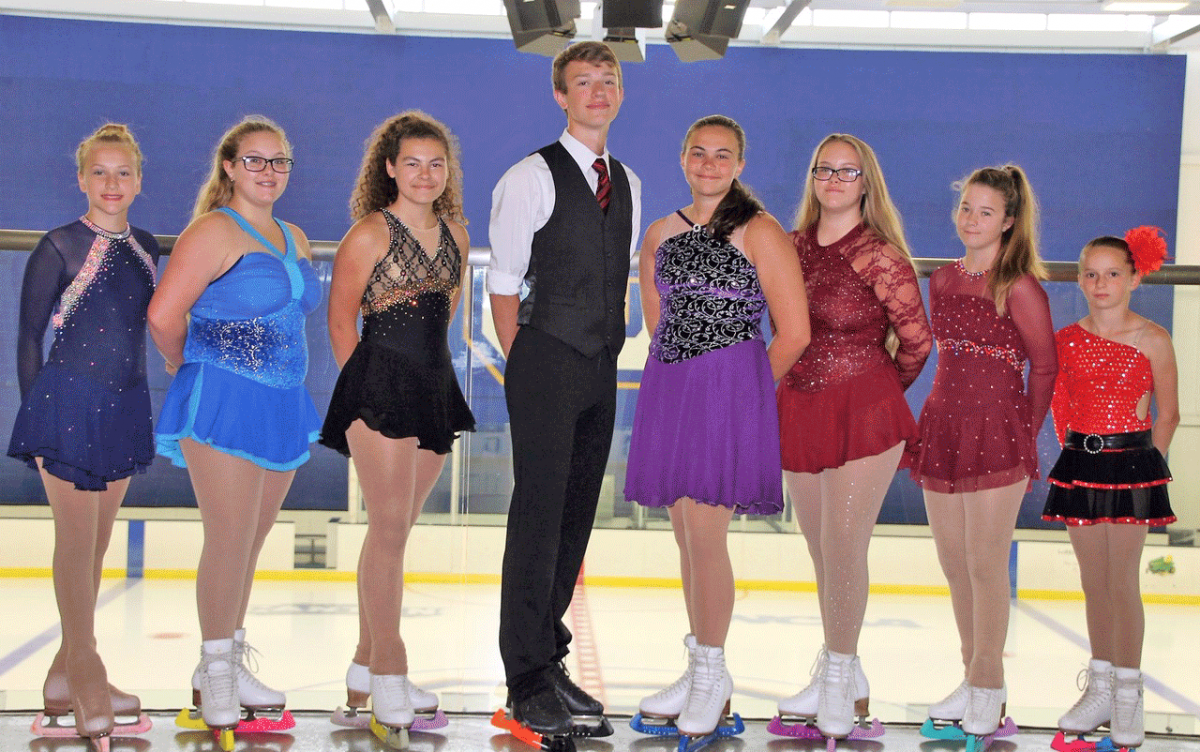 Several figure skaters from the Potsdam and Norfolk-Norwood Figure Skating Clubs will soon be competing in a national figure skating competition in Virginia.

The local skaters, all coached by Danielle Grant, qualified to compete at the national event through their performances during local and state competitions, including the Empire State Games in Lake Placid last winter.

The group has been practicing at SUNY Canton’s Roo House for the past two weeks, two to three hours each day. Lauren Russell (PFSC) and Hannah Henry (NNSFC) were injured recently and now unable to compete at the nationals.

The 2019 State Games of America Figure Skating Championship will be held at Lynchburg, Virginia from July 30 to Aug. 3.