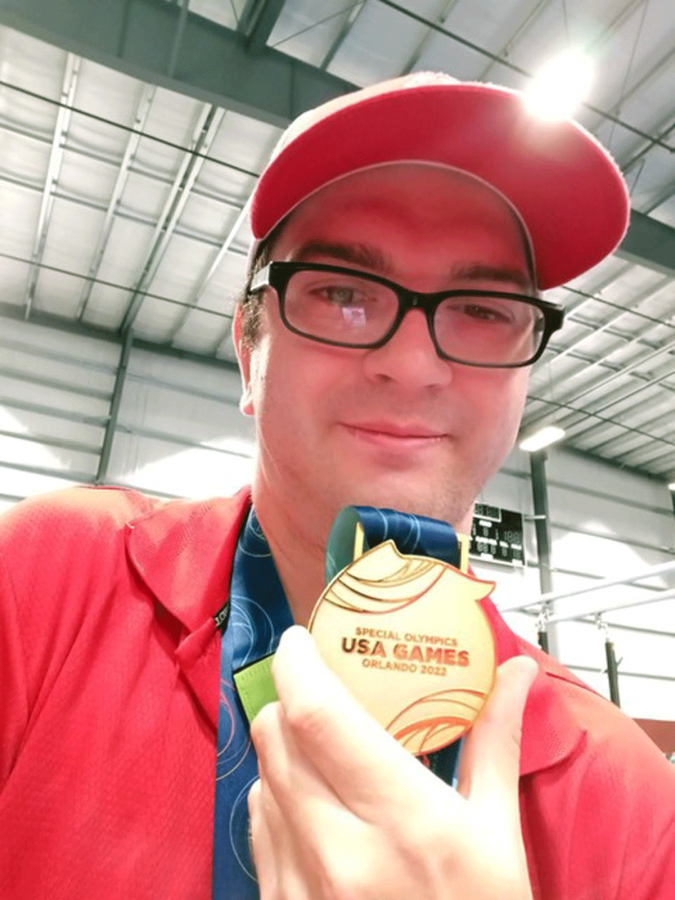 POTSDAM – Curt Walters, a 2014 graduate of Potsdam Central School and the son of Mark and Patti Walters, won a gold medal in the USA Games at ESPN in Orlando, Florida.

He was selected to play for a Special Olympics Flag Football team which includes two coaches and 10 players chosen from all the flag football teams in the state.

Walters has been a part of the flag football team from Pasco County representing the state of Florida.

Walters and his teammates earned gold in their division with victories over Texas and Iowa.

Walters has also played on the national level in softball and soccer.

He also enjoys basketball, bowling, stand-up paddle board, and powerlifting in addition to working 20 hours a week at Home Goods.

"This experience he will always remember," said his proud dad, Mark Walters.