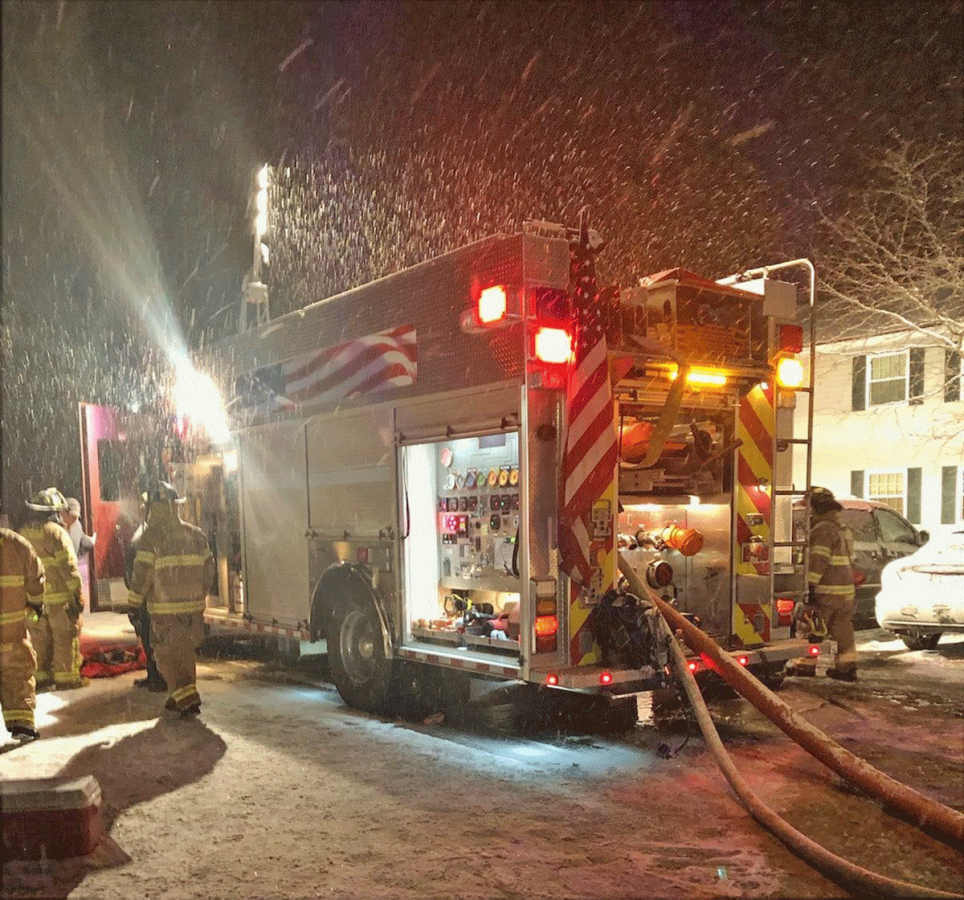 POTSDAM — An early morning fire on Saturday morning allegedly started in a bathroom at a residence at Lawrence Avenue Apartments and spread quickly causing 24 apartments to be evacuated.

Potsdam Fire Department 1st Assistant Tim Jerome said the fire was reported around 3:25 a.m. Saturday by the person living in the apartment where the blaze originated.

Firefighters were unable to stop the fire from spreading to other apartments, he said.

Jerome said smoke alarms only ring in individual apartments until enough smoke enters hallways, so officers pulled the smoke alarm and then went door-to-door getting people out of the building.

“It had spread into the attic,” Jerome said.

Firemen cut a hole in the roof to help put the blaze out. “Getting rid of some of the heat and smoke allows us to find the fire easier,” he said.

The fire took place in apartment F, which is residential living, he said. There was water and smoke damage throughout much of the building.

Firefighters from Potsdam, West Potsdam, Canton, West Stockholm, Parishville and Norwood were on scene with Hannawa Falls on standby at Potsdam’s fire station.

State fire investigators are trying to determine the cause of the fire.