Parishville Volunteer Fire Department to get new $2.1 million fire station as soon as next summer 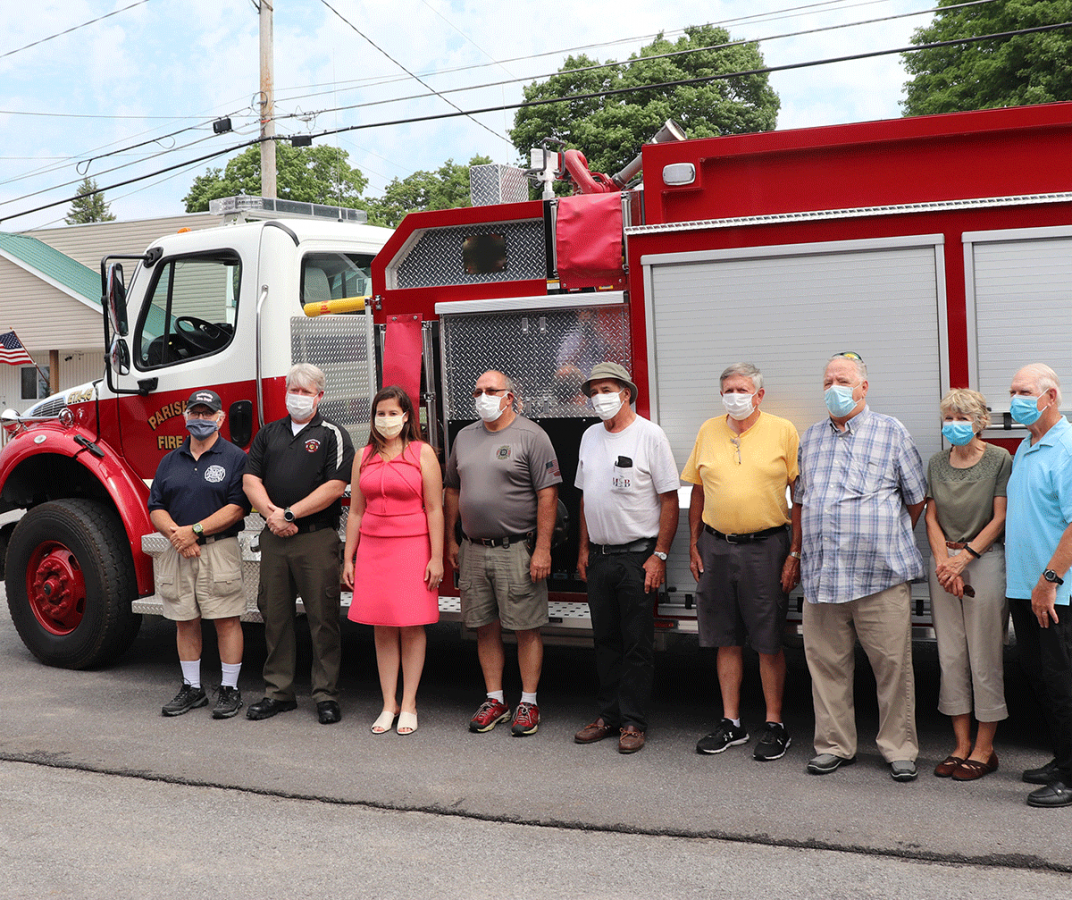 PARISHVILLE – The Parishville Volunteer Fire Department may be in a new $2.1 million fire station as soon as next summer.

The new station will be on Route 72, across from Kunoco Food Mart. Parishville Fire Commissioner David Taylor said he hopes construction will begin in September.

“The new station will be about 4,000 square feet larger,” Taylor said.

“It will be large enough to store the fire, rescue, and dive equipment. It will have a washer extractor for taking carcinogens off fire gear and a drying room for gear.” Also, there will be a larger room for meetings and training, a kitchen, radio room, offices, and more parking.

The fire department issued notice of awards to contractors for the project Wednesday, August 12. Danko Construction Corporation of Massena was selected as general contractor and Empire Northeast (ENI), of Gouverneur, was awarded the HVAC mechanical and plumbing work.

“One of my priorities is that our tax money comes back to the community,” said Stefanik.

Stefanik said fire department members “are heroes” for the tough work they do in both the cold winters of the North Country and the hot summers. “I am grateful to the fire department, the local community and United States Department of Agriculture’s Rural Development team.”

“I want to recognize Renee Adams for all of her support,” said Stefanik, as she presented an award to Adams, local loan specialist for USDA.

“I was honored to get the congressional certificate of recognition,” said Adams. “The Parishville Fire Department had a lot to do with it also. They did a tremendous job. David Taylor was a big organizer,” she said.

Taylor said, “The five fire commissioners, secretary, treasurer, fire chief, and past chiefs all have worked together to bring this to fruition, with a lot of help from the USDA.”

Fire chief Ed Cool and Taylor gave Stefanik a tour of the fire station, first built in the 1950s. The need for a new station due to lack of space and parking, flooding, septic and electrical issues, and deteriorating cement block walls were among the problems discussed.

Taylor had one more wish for the new station. “We have been waiting for the final approval of a $60,000 grant for a new air compressor that has been sitting on the State Senate floor for a year now. We could really use that air compressor,” he added. 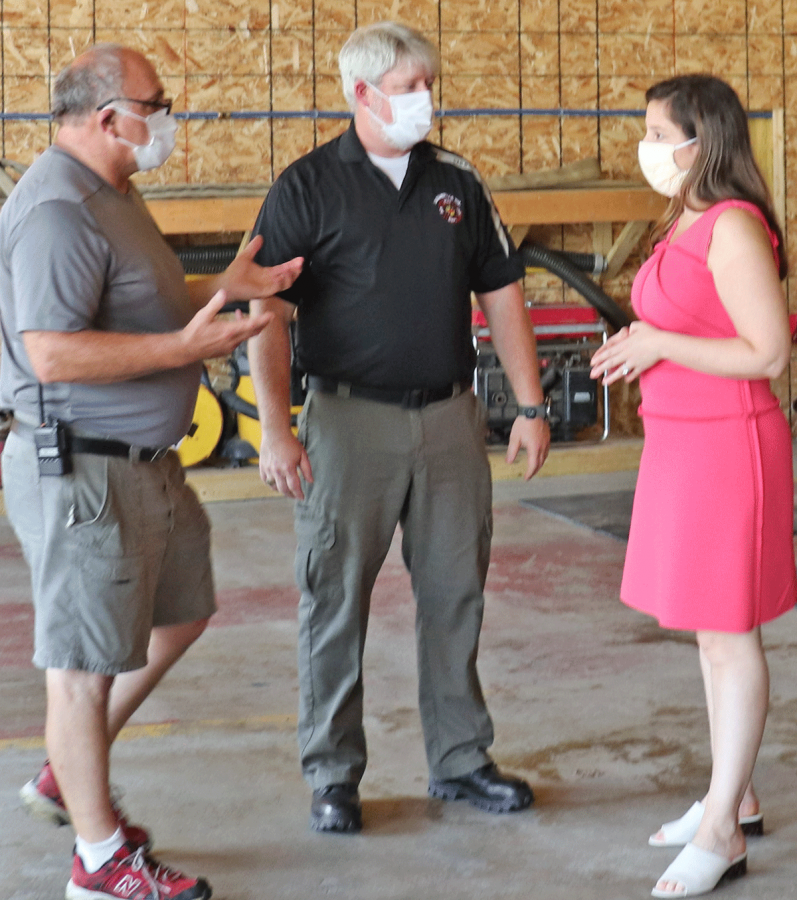