OGDENSBURG — City police have arrested a 20-year-old Ogdensburg man on charges connected with a series of larcenies which took place around Ogdensburg over the last two weeks. 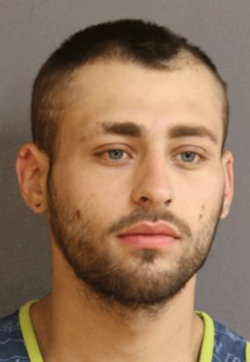 During an investigation of the larcenies members of the Ogdensburg Police Department located a number of stolen items at a residence in the city, said a press release from the department. Several of the stolen items were damaged or defaced.

The investigations into the larcenies are ongoing police said.

Petrie was arraigned on July 26 in Ogdensburg City Court by Honorable Judge Marcia Lemay and ordered held on $2,205 cash bail.

He was then transported to the St. Lawrence County Correctional Facility.