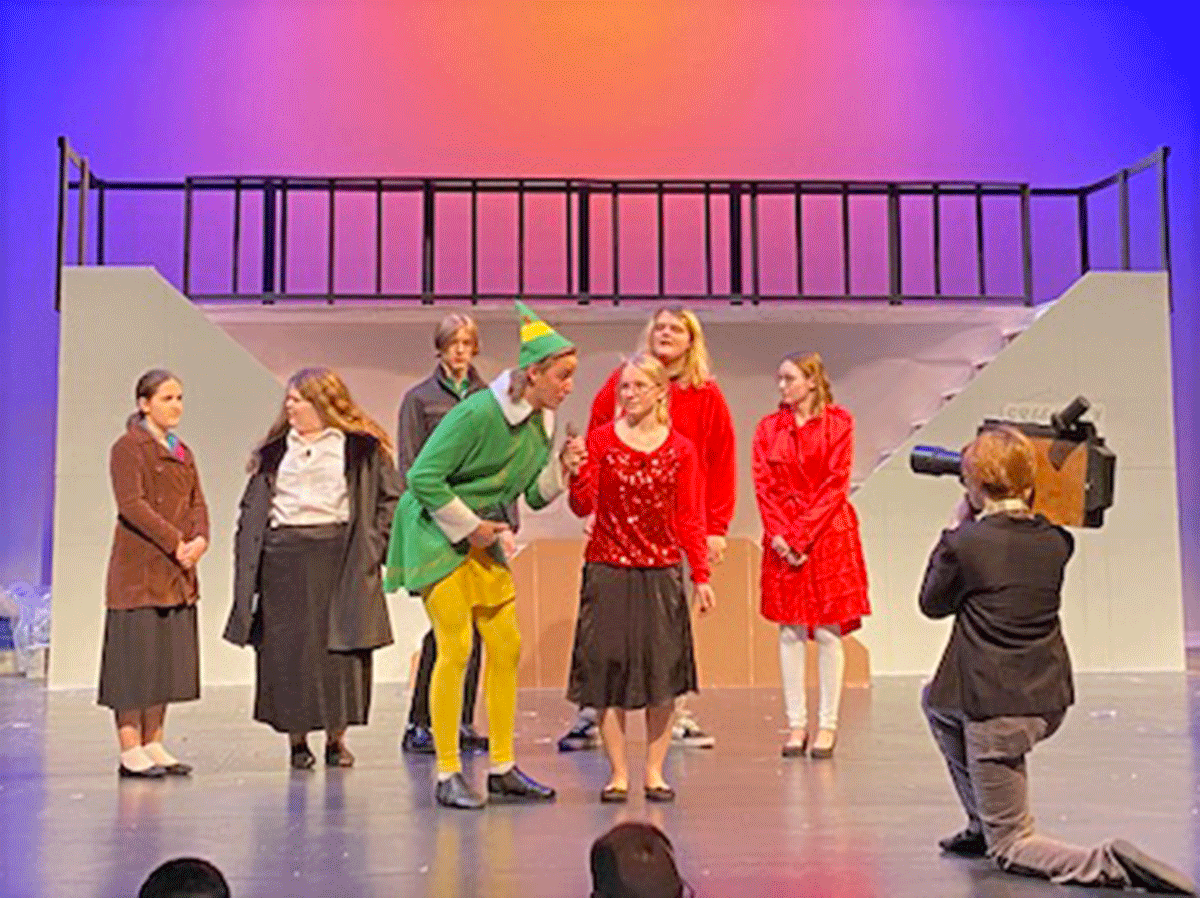 OGDENSBURG — The Music Department at Ogdensburg Free Academy is alive with the buzz and anticipation of their upcoming performance of Elf the Musical, set to open this Friday. The performance will tell the story of Buddy, a young orphan who crawls into Santa’s bag of presents and is mistakenly taken to the North Pole. Buddy is raised as an elf, unaware of his true heritage, until his poor toy-making skills force him to face reality. He sets off on an adventure to discover his true identity, and well… the rest you will just have to see for yourself on stage at O.F.A. this weekend.

Assistant Musical Director, Sara Pabis, says she can’t wait for the students to show the community what they’ve been working on. “The students have worked so hard the past three months to put this show together. They have all been a joy to work with, and we are so proud of them. We hope that you will come to the show and let us add some ‘sparkle, jolly, twinkle, jingly’ to your holiday season.”

Pabis, along with the show’s director and choreographer, Angela Dwyer, are music teachers in the district. Pabis teaches 7-12th grade Vocal Music at Ogdensburg Free Academy. Dwyer teaches K-7 Vocal/General Music as well as Theater Tech in the district, and is also the current Music Director of ACT Children’s Theater in Ogdensburg, the ChoirMaster at St. John’s Episcopal Church, Instructor at Julie’s Dance Studio, and a Zumba Instructor.

For Senior students, like Paige Bertram, Jessica Harman, Maddison Knapp, and Macy Murdock, Elf the Musical will be their last student performance with the Ogdensburg City School District. Dylan Sovie, who plays Buddy the Elf, is a junior in the district and this will be his fifth performance. Dylan says “Buddy is such a fun character to play, and I’ve had an incredible time working with everyone this year.”

Elf the Musical will premiere in the George Hall Auditorium at Ogdensburg Free Academy Friday, Dec. 2 at 7 p.m. A second showing will be on Saturday, Dec. 3 at 1 p.m.

Tickets are available for presale at www.showtix4u.com/event-details/69072 and will also be available to purchase at the door. Tickets are $7 for students and seniors, and $10 for adults.