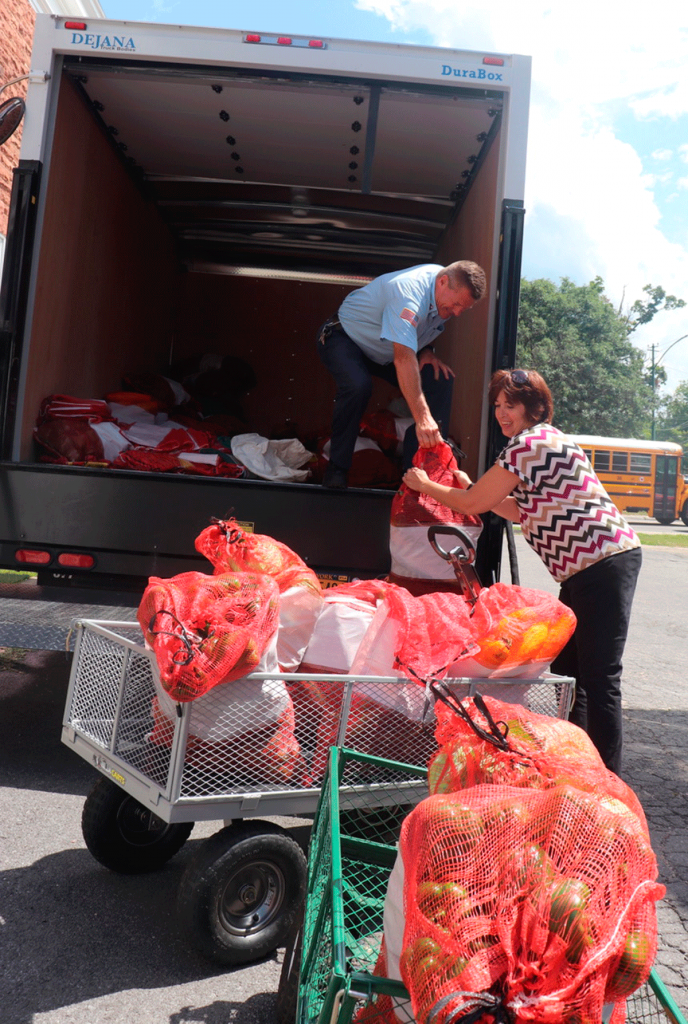 Corrections officer Mike Rogers said he makes deliveries every Tuesday during the growing season to food pantries and other locations in Ogdensburg, Morristown, Waddington, Massena, Norfolk, Potsdam and Canton, and monthly deliveries to Heuvelton.

Rogers says he selects seven inmates yearly who wish to work in the garden at the Ogdensburg prison.

“The inmates take their job personally,” says Rogers. They say, ‘this is my garden.’ They will even pick the potato bugs off the plants by hand.”

The produce delivered the second week of August included beans, green peppers, summer squash, zucchini, cucumbers and cabbage. In future weeks there will be tomatoes, potatoes, melons and pumpkins.

Kristal Hayes, Potsdam Neighborhood Center Director, said there is such an abundance of food donated that the food is not just for those who receive monthly food boxes from the food pantry. It is also available for pickup to anyone in the community. You do not have to qualify financially to receive the food.

Local farmers sometimes donate extra produce, also, to the community table, Hayes said. She emphasized it is best to bring food donations early in the week, because food can spoil without enough refrigerators over the weekend.

The surplus food is put on tables outside the Neighborhood Center in the basement below the Potsdam Public Library. It is best to come after Tuesday afternoon’s delivery from the Ogdensburg Correctional Facility.