OGDENSBURG -- The Ogdensburg Free Academy Key Club was honored over the weekend after tying for first place for having the best community service program in New York State.

The club took first place for the Governor's Award for the club's reading program for children with the Ogdensburg Kiwanis Club at the Ogdensburg Boys and Girls Club, and other youth service programs.

The club took first place for its Kiwanis Relations program for working with its parent club to sponsor a variety of community service projects.

The club was also awarded a third place for its scrapbook.

Ogdensburg Kiwanis Advisor James E. Reagen said Key Club President April Mashaw and her officers, board of directors and members deserved a great deal of credit for their efforts.

"April and her officers stepped up and showed their true leadership ability when they found their adult advisors were unavailable for the past few months,” Reagen said.

“A lot of young people would not have been able to handle the job by themselves, but April pulled her officers, board and club together and showed why her members put their trust in her last year. I am very proud of April and the club. They have carried on in the best traditions of the OFA Key Club." 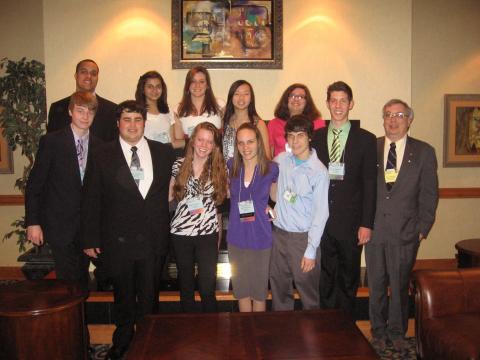