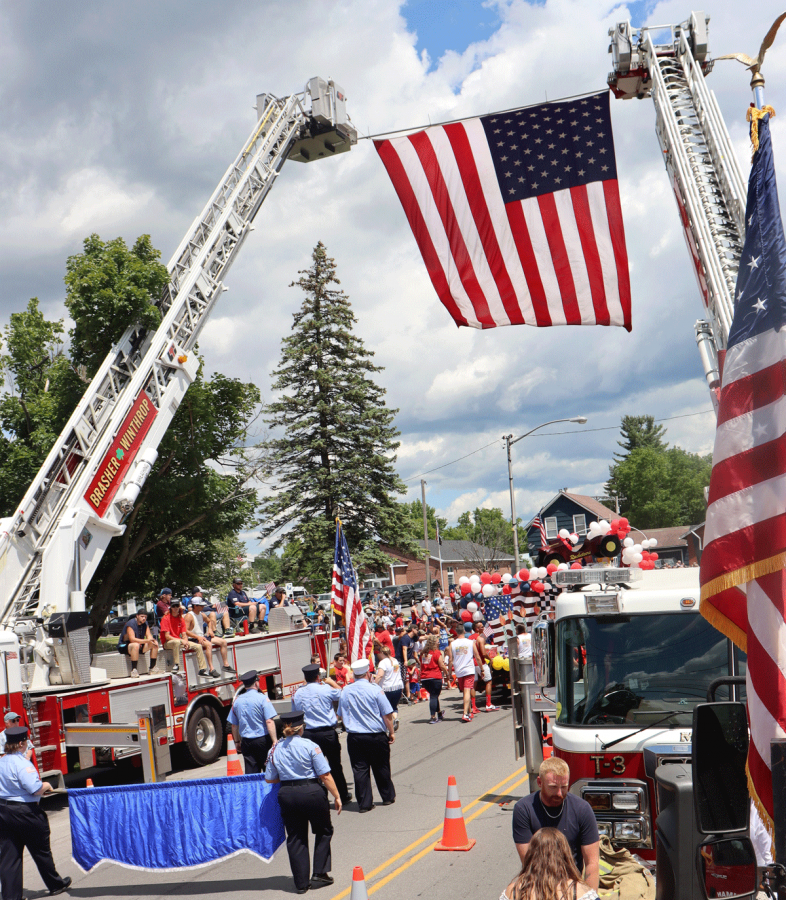 NORWOOD – Dozens of floats, fire department vehicles, organizations and businesses all joined together Monday to celebrate both Independence Day and the Village of Norwood’s 150th anniversary.

Also joining in the parade were the famed Norwood Brass Firemen, classic and antique cars, a miniature train and candidates running for office in November.

A large American flag hung over Spring Street, held up by fire department ladder trucks as the parade passed underneath.

The parade was part of a two-day event that included fireworks, live music, a demolition derby and kids’ games. 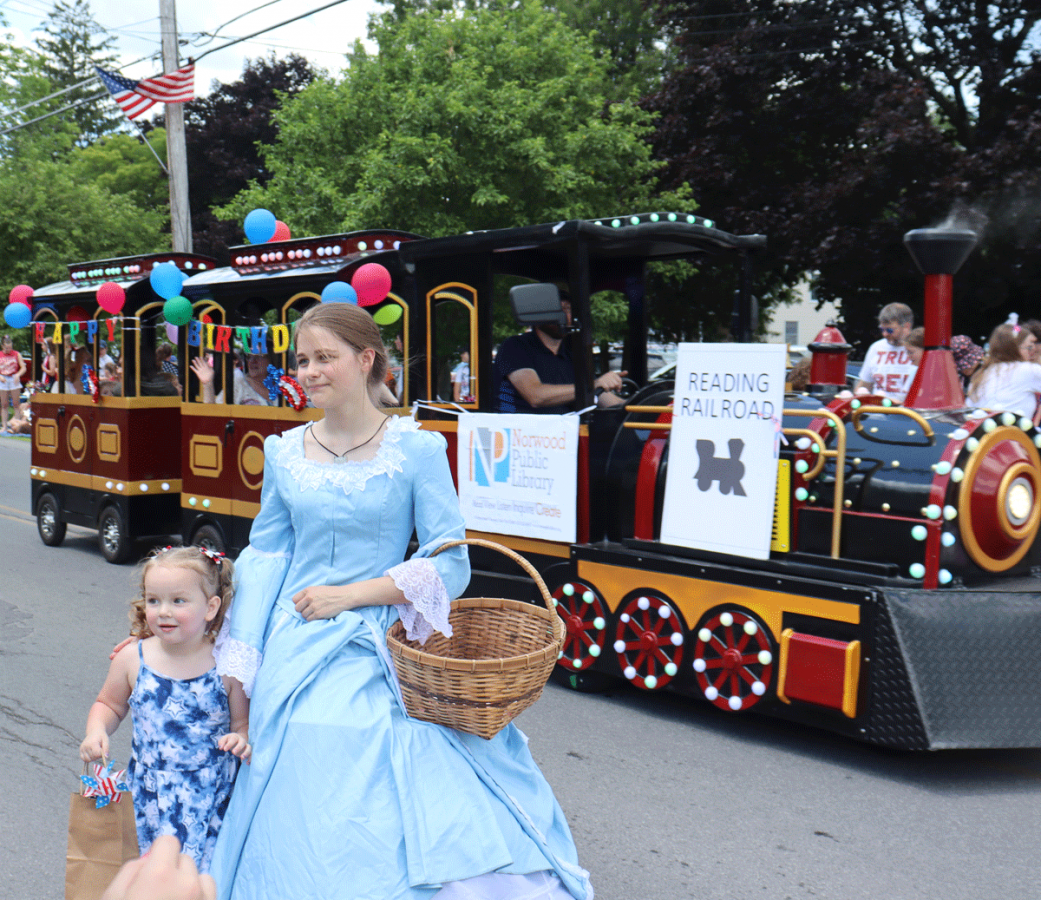 Dahlia Simmons, Norwood, poses with a princess, and the Norwood Public Library’s Reading Railroad train chugging along behind them at Norwood’s July 4th parade. NCNow photo 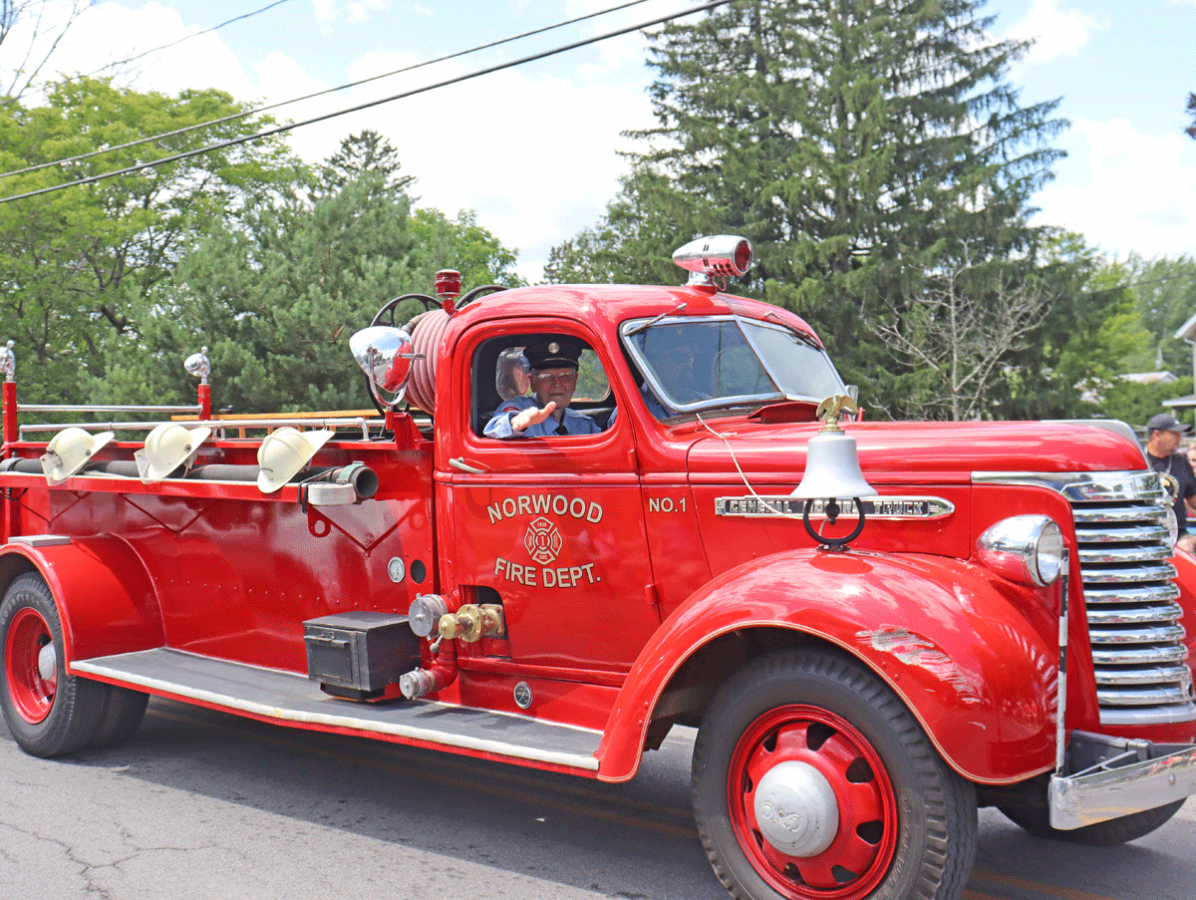 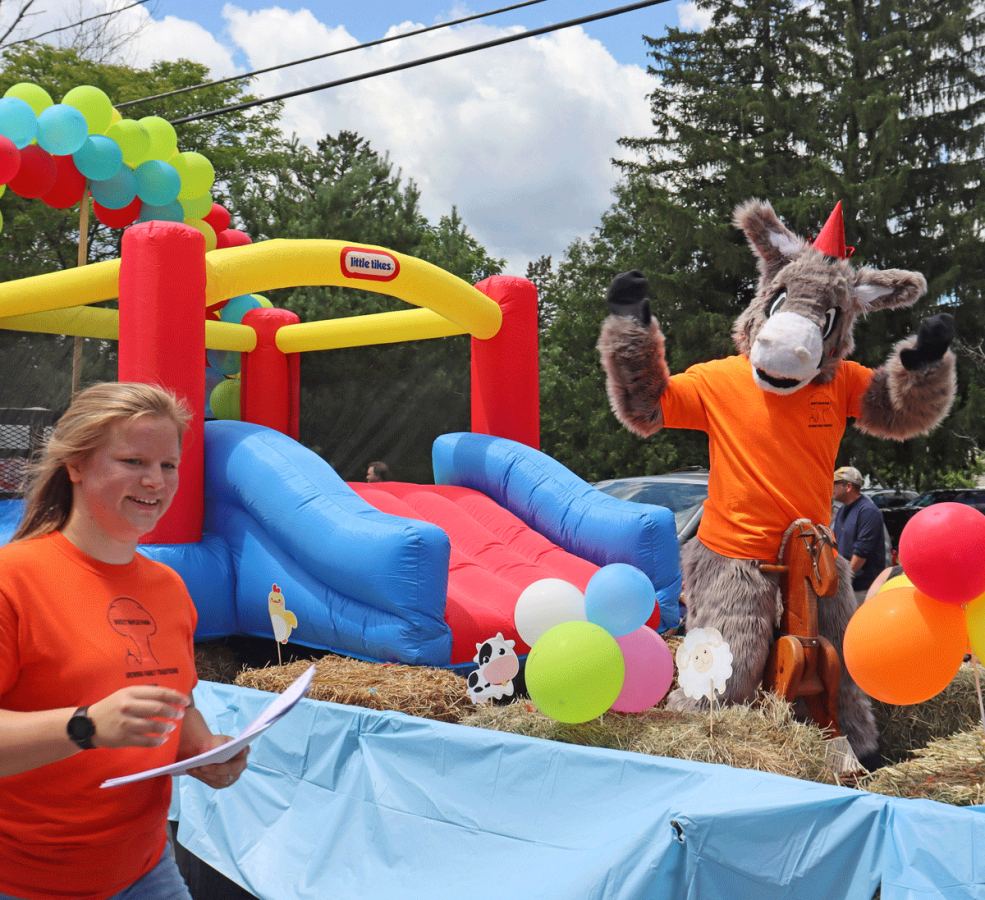 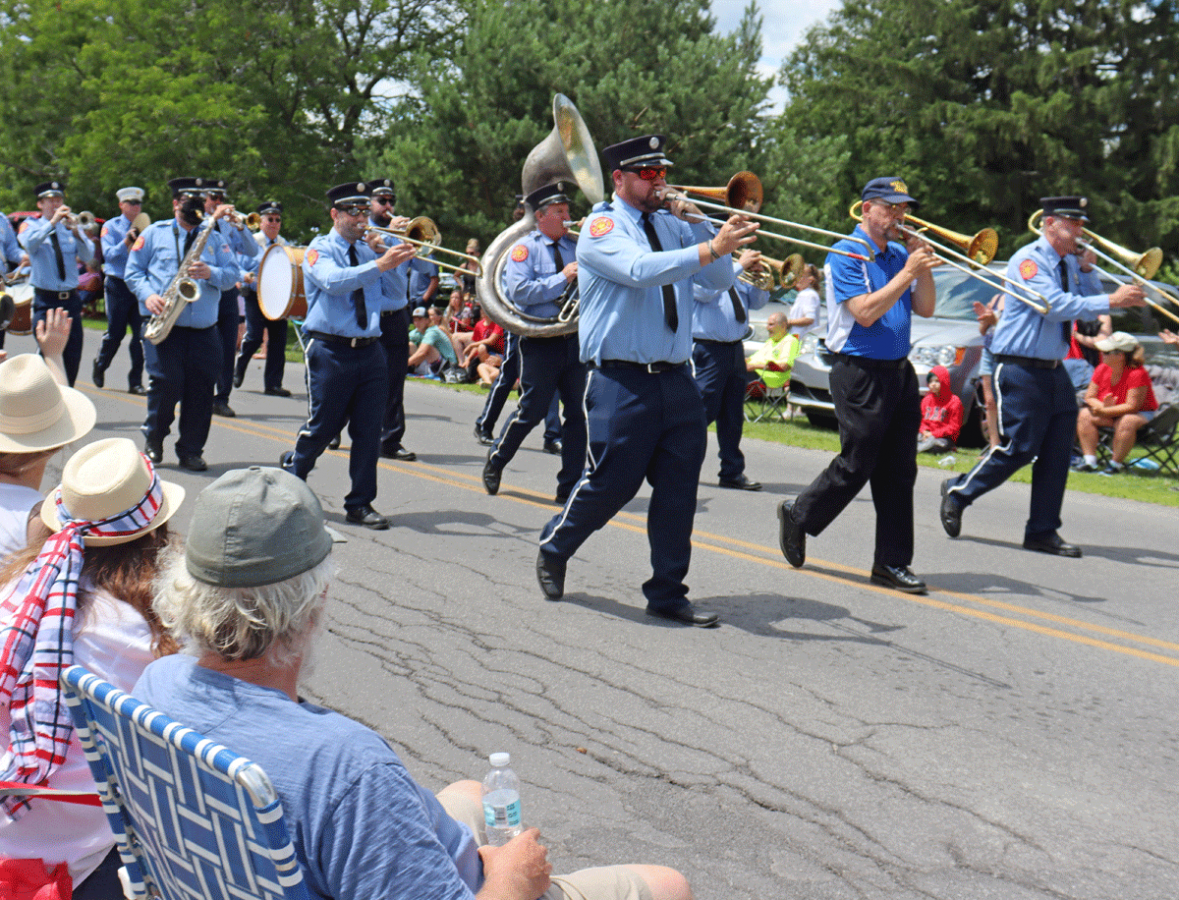 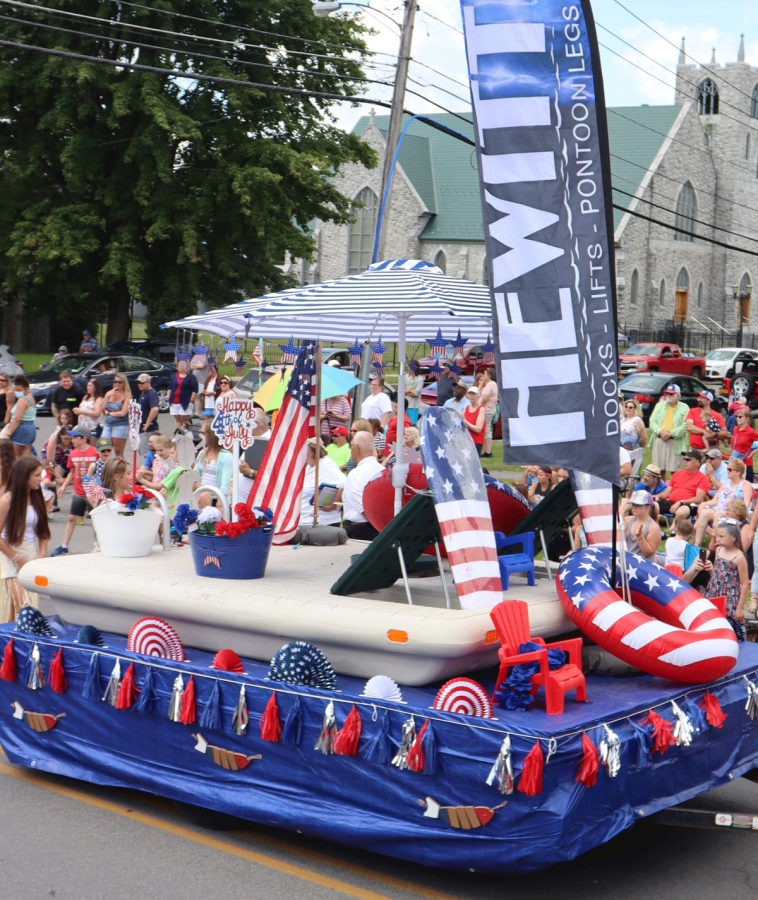 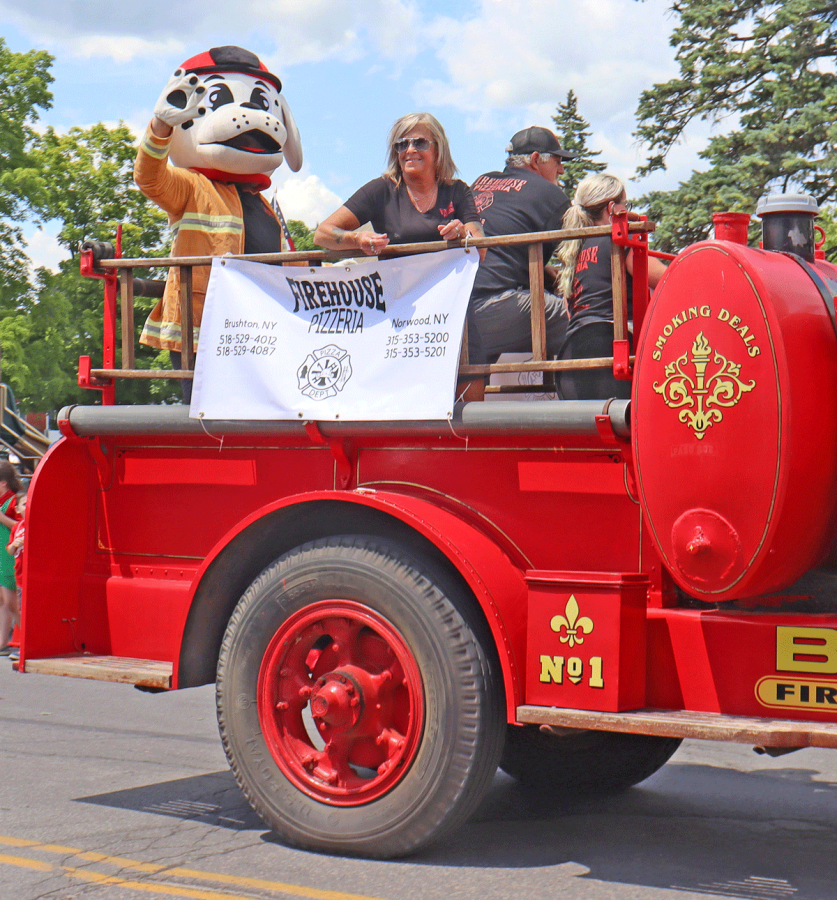 Sparky the Fire Dog waves as he rides along in the Firehouse Pizzeria truck at Norwood’s July 4th parade. NCNow photo 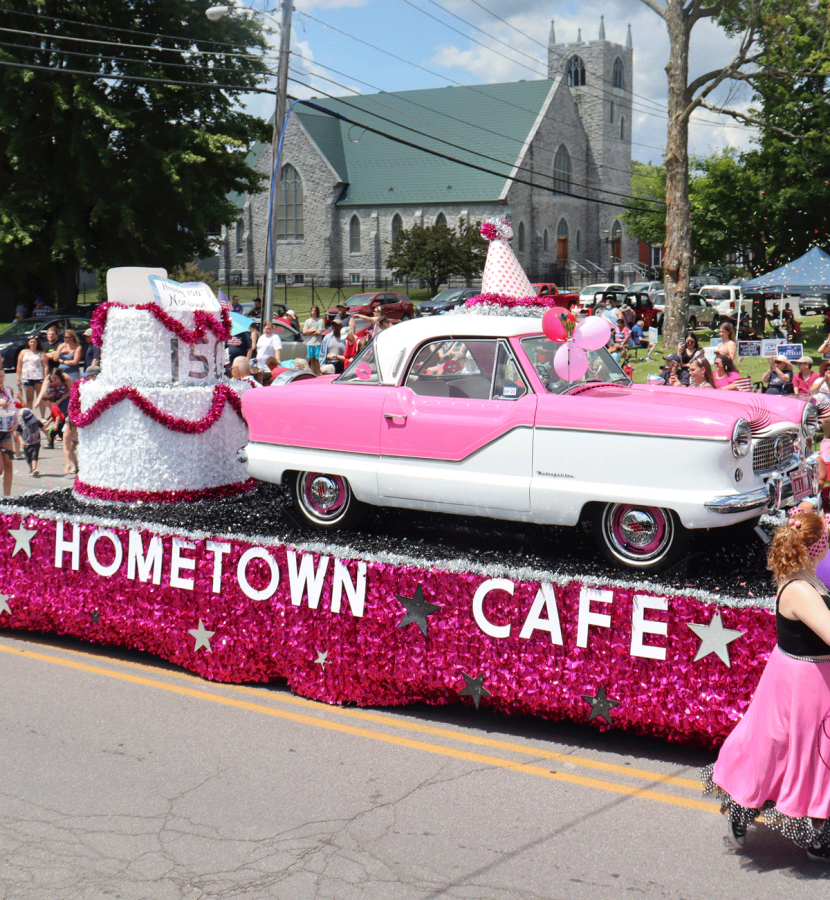 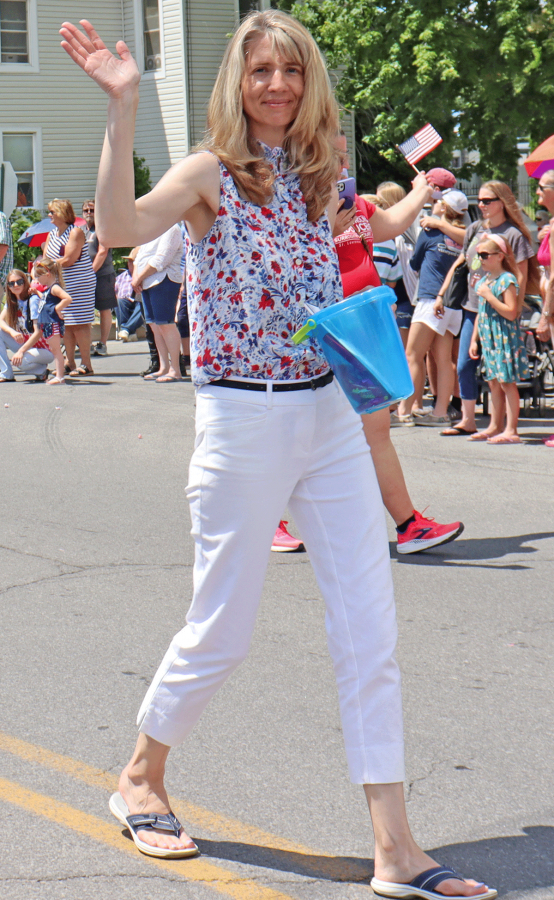 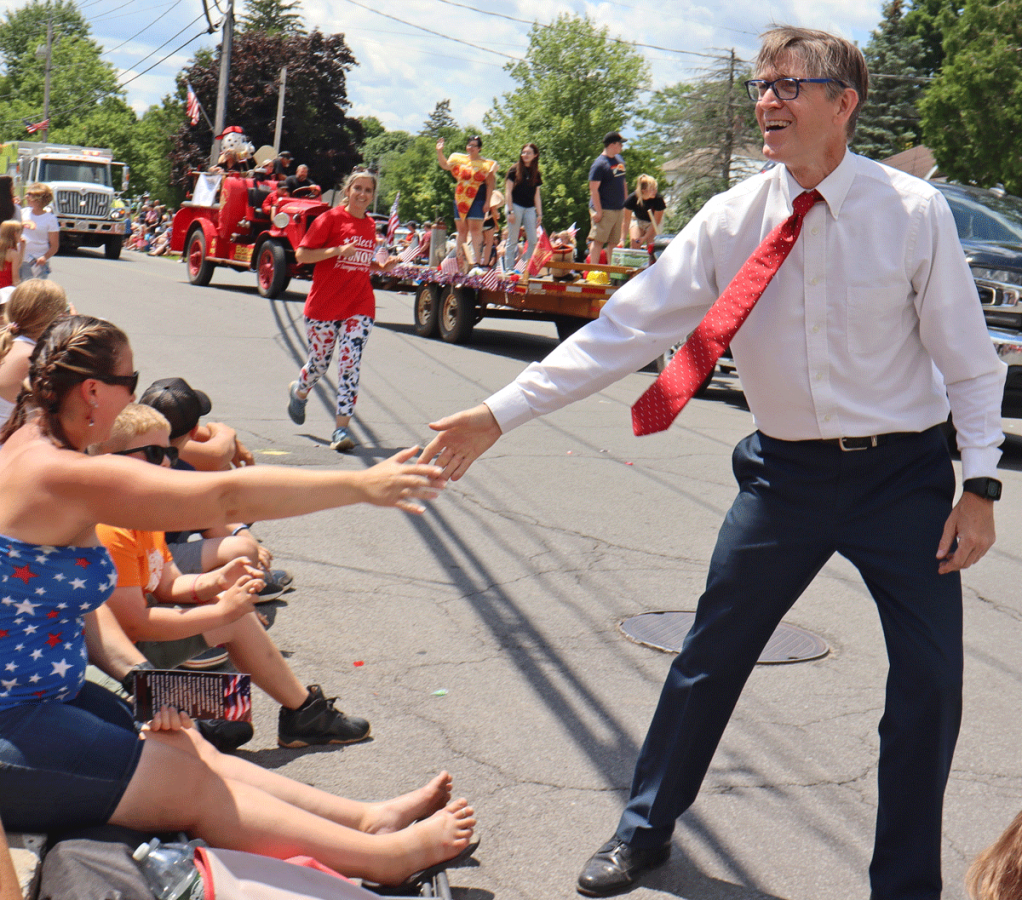 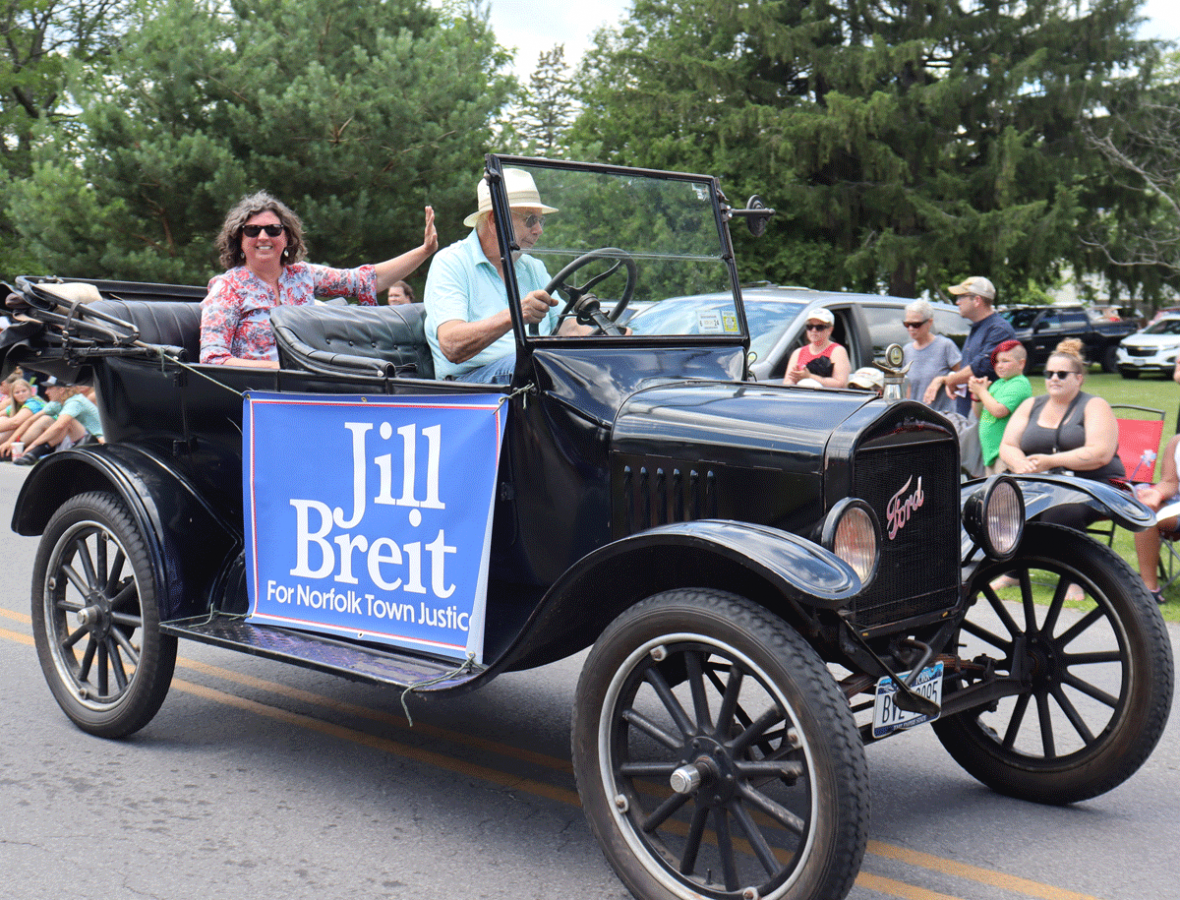 Jill Breit, appointed Norfolk Town Justice in April, waves in an antique car in Norwood’s Independence Day parade. She is running to retain the position in November. NCNow photo 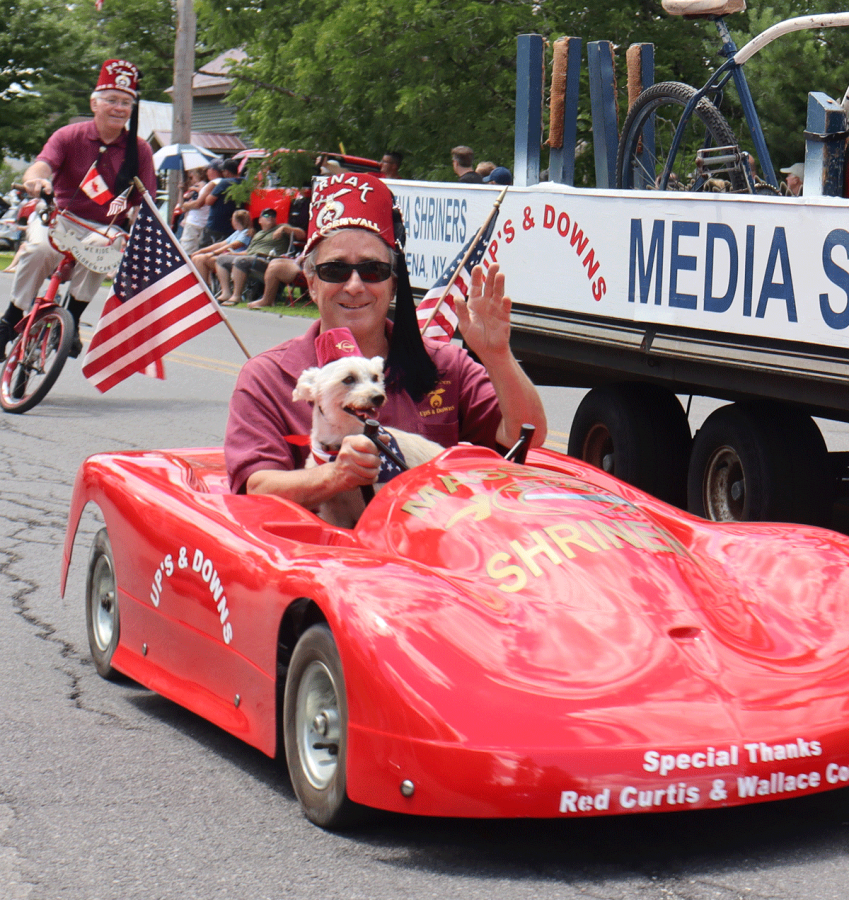 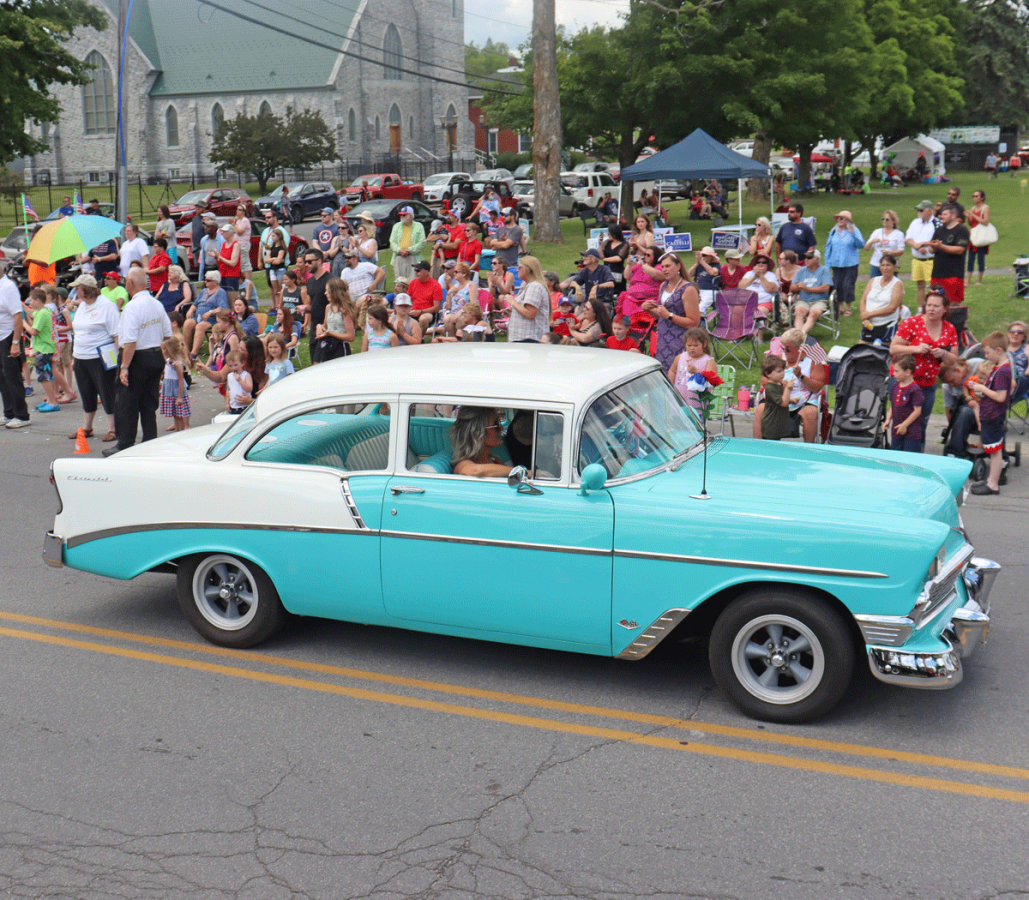