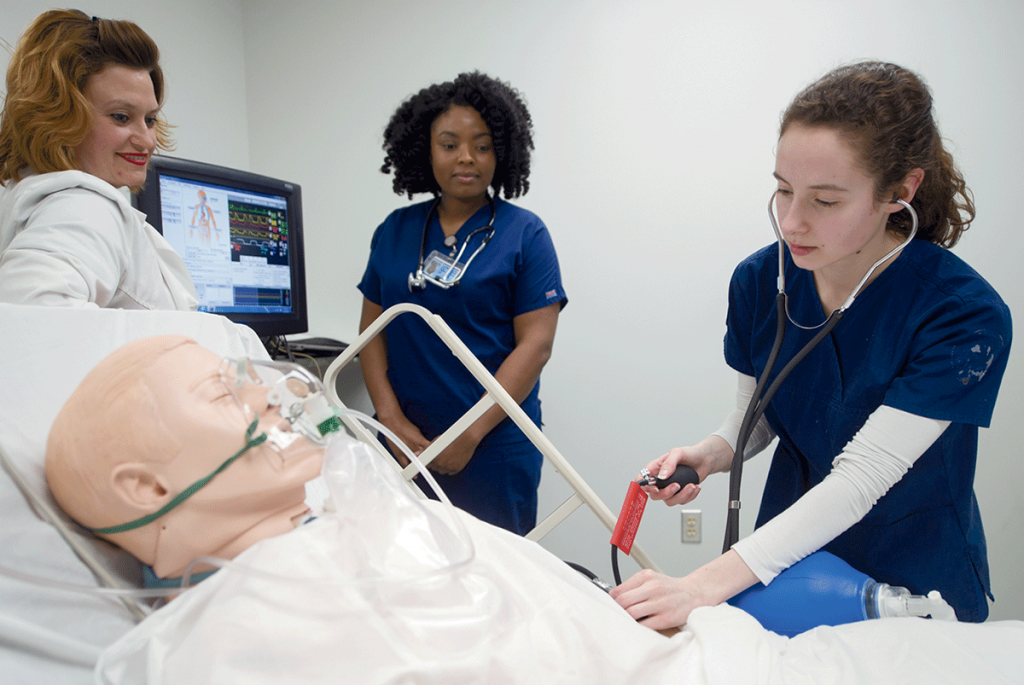 Nurses are in high demand and short supply in St. Lawrence County and the shortage is causing concern.

Shortages can lead to a higher mortality rate and a 15% increase in patient infections when medical facilities don’t have enough nurses, according to the New York State Nurses Association (NYSNA), which represents a number of register nurses in St. Lawrence County.

Last November, NYSNA members at Canton-Potsdam Hospital picketed to protest what they said was short-staffing in nearly all inpatient units. Similar protests and even strikes have been held across the state in recent months.

But SUNY Canton, which operates the only nurse training program in St. Lawrence County, turned away more than 500 applicants for the Registered Nurse program last year.

SUNY Canton can’t expand the RN program because there are not enough nearby locations for students to obtain the required number of clinical hours working in the field, said Greg Kie, senior media relations manager.

But the BOCES LPN program ended with the last class of 25 students graduating in June of 2009, according to BOCES spokesperson Rebekah Grim.

In hospitals, short-staffing leads to avoidable patient readmissions, which in turn leads to higher healthcare costs, according to Carl Ginsburg, NYSNA communications director.

Hospitals with lower nurse staffing levels have increased post-surgical 30-day mortality rates and increased rates of failure-to-rescue, such as a death of a surgical patient following a hospital-acquired complication, NYSNA says.

There were 1,530 registered nurses, 568 licensed practical nurses, and 95 nurse practitioners in St. Lawrence County as of Jan. 1, according to the state Education Department.

Statewide, the number of licenses issued over the past five years has increased for registered nurses and nurse practitioners, but for license practical nurses, the number dropped from 3,616 in 2014 to 3,163 in 2018.

However, the increase is not keeping up with the demand, at least in St. Lawrence County.

The nursing shortage is not just a St. Lawrence County problem.

The American Association of Colleges of Nursing says U.S. nursing schools turned away more than 75,000 qualified applicants from baccalaureate and graduate nursing programs in 2018 due to insufficient number of faculty, clinical sites, classroom space, and clinical preceptors. Almost two-thirds of the nursing schools responding pointed to a shortage of faculty and/or clinical preceptors as a primary reason.

Find out next week how the shortage is impacting local hospitals and nursing homes.