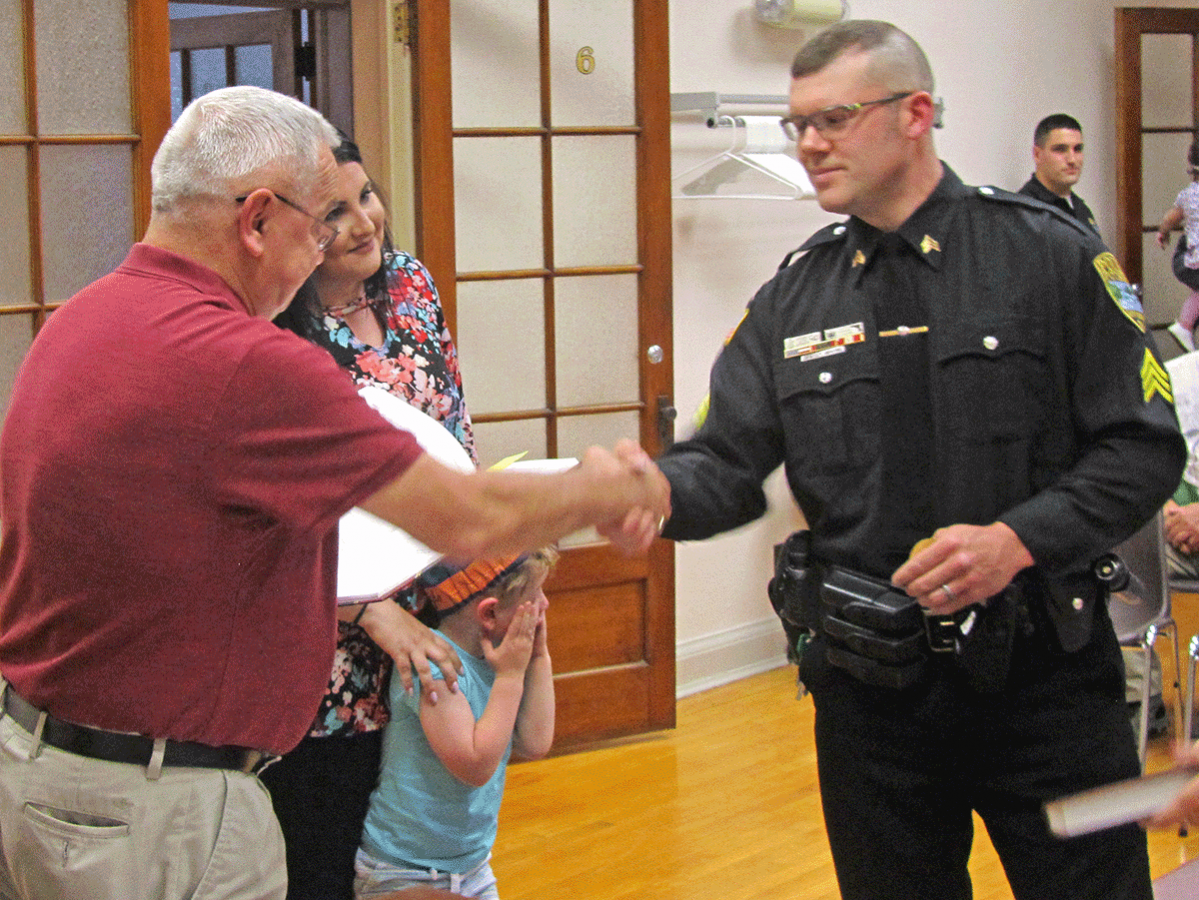 POTSDAM – A new Potsdam Police Department sergeant and a new recruit were sworn in by Mayor Ron Tischler at Monday’s Board of Trustees meeting.

John C. Benson, who joined the Potsdam police in October, 2007, has been promoted to sergeant and was sworn in by Mayor Ron Tischler. His salary is placed at $66,237 a year. The appointment has a probationary period of no more than three months.

Travis J. Stephenson has joined the force as a full-time police officer recruit at an annual salary of $40,633, with a probationary period of no more than 18 months.

And Cory Wildman has attained a permanent position as a Department of Public Works motor equipment operator, having successfully completed his probationary period. 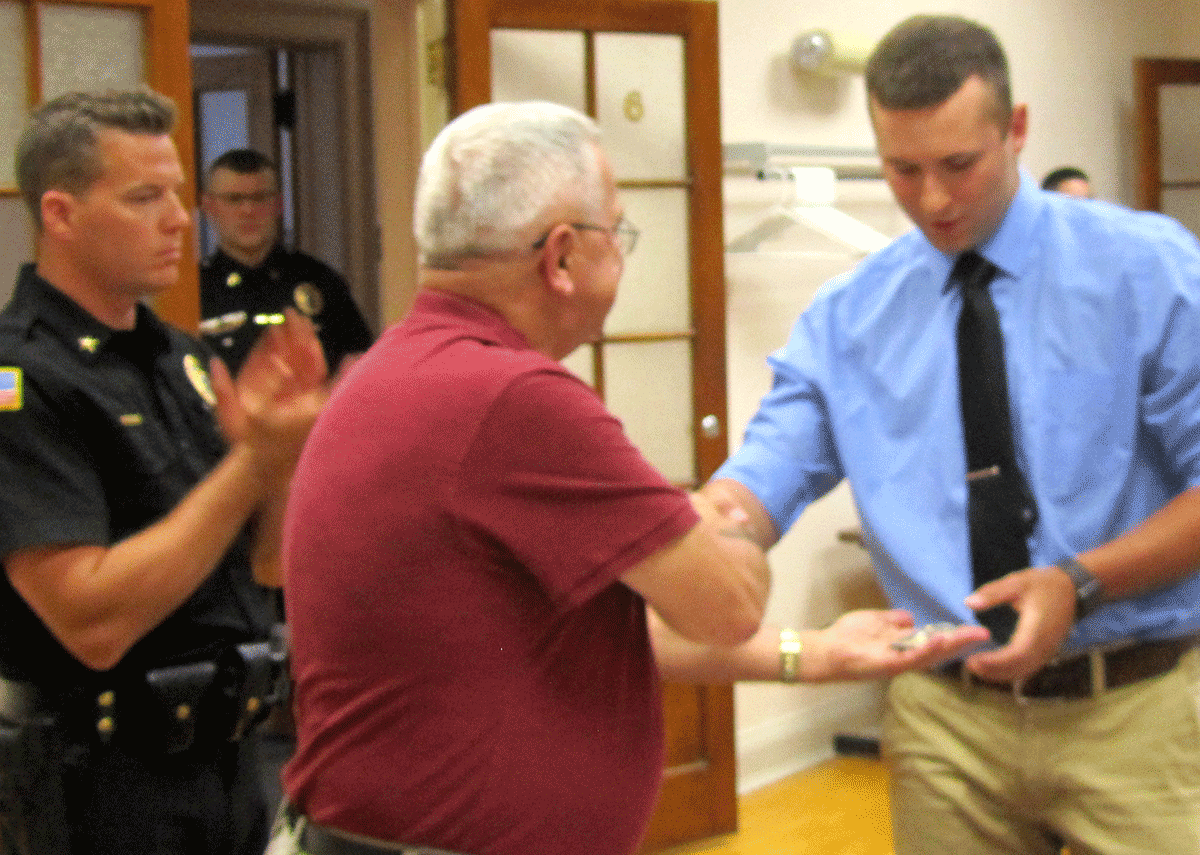