CANTON — Another candidate has thrown their hat in the ring for Canton town supervisor in the November election.

Karen McAuliffe, who has received the endorsement of the Conservative party, also recently announced her intention to run as a Democrat for the position which is currently held by Mary Ann Ashley, also a Democrat.

A recent objection to petitions filed with the county Board of Elections by the nominees of the Canton Democratic Committee has determined that a caucus will need to be held before July 22 to determine who will be on the Democratic slate of candidates for the town races here. At the time of this writing, the date of the caucus is yet to be determined.

“I am excited to announce my candidacy for Canton Town Supervisor. During my twenty years in real estate, I used to tell clients that Canton is a great place to raise a family. I would like 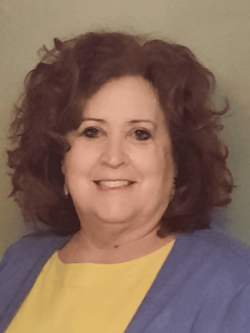 the opportunity to continue and improve on that concept,” McAuliffe said.

McAuliffe has also worked in banking and is currently the human resources manager with College Association at SUNY Canton.

“I believe that all of my career choices will be an asset to me in the position of Town Supervisor. Being a part of this community means a lot to me and I have demonstrated that by my past affiliations with the EJ Noble Hospital Guild, United Helpers Board, three terms on the Canton School Board, coaching softball for the Pee Wee program, Elder for the First Presbyterian Church, and several terms and chairperson for the Canton Village Zoning Board of Appeals,” she said in her official announcement.

McAuliffe moved to Canton at the age of 15 with her parents, who still reside in the town.

She and her husband, Joe, have raised their three children in Canton, all of whom have remained, own homes and are raising their families in the village, she said.

“I am pleased to be endorsed by the Conservative party and would also like to receive the Democratic endorsement at the upcoming caucus,” she said. “I would appreciate your support at the caucus and at the November election.”