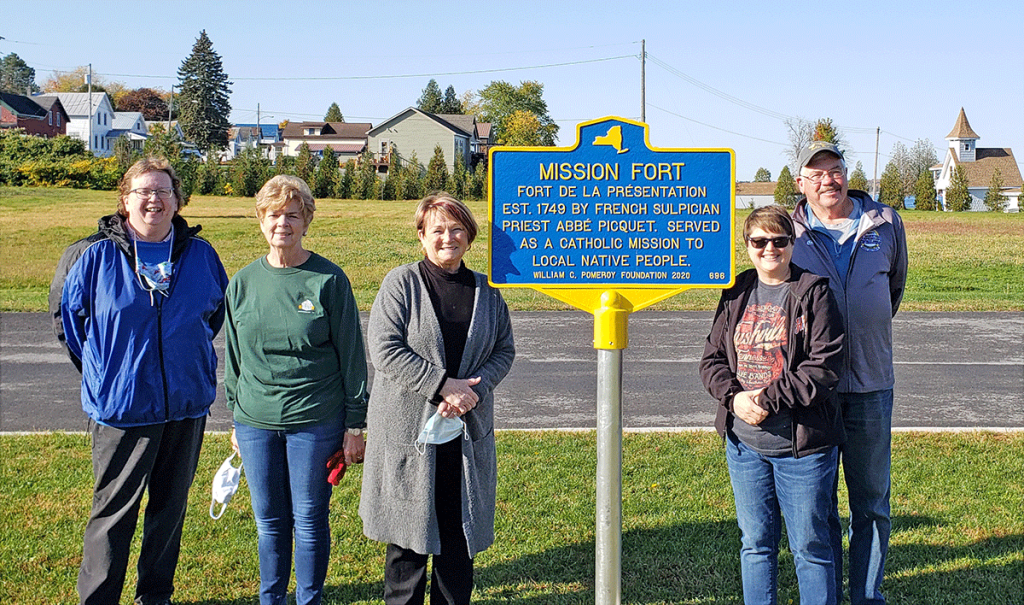 OGDENSBURG – A commemorative marker was installed at the site of a Catholic mission to local native people.

The site was the home of many Native Americans who had converted to Christianity because of Abbé Picquet and the mission fort, according to City of Ogdensburg Historian Julie Madlin.

The mission helped to repair relations between France and the Iroquois Confederacy. France needed an alliance with the Iroquois to defeat the British during the French & Indian War, Madlin said.