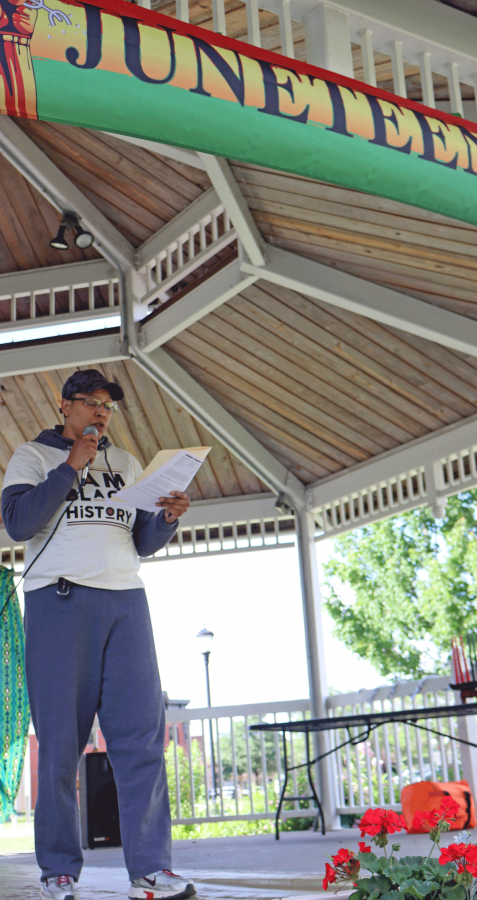 POTSDAM – Music, dancing, speeches, food, a drum circle and fashion show were among the Juneteenth festivities at Ives Park on Saturday, June 18.

“America has a long way to go in making black people safe and free in America,” she said.

“I’m so thankful today to be surrounded by people that believe my life matters. Happy Juneteenth to you all. Black lives matter,” she said.

Toni Haverstock, a native of Texas who now lives in Russell, spoke of the history of Juneteenth.

“I’ve been celebrating Juneteenth all my life. I grew up in Texas, where it has been a holiday since 1979. I didn’t even know it wasn’t a federal holiday when I moved to New York in 2020,” she said.

Juneteenth was made a federal holiday in 2021, in observance of African American history.

“On June 19, 1865, word finally reached the last enslaved in Texas that they were free, two and a half years after the emancipation had been made formal,” said Haverstock.

Other speakers were Jennifer Mitchell and Bryan Thompson.

A drum circle followed the speeches, with participation from children and adults who attended the celebration.

A free dinner was provided by Big Spoon Kitchen. 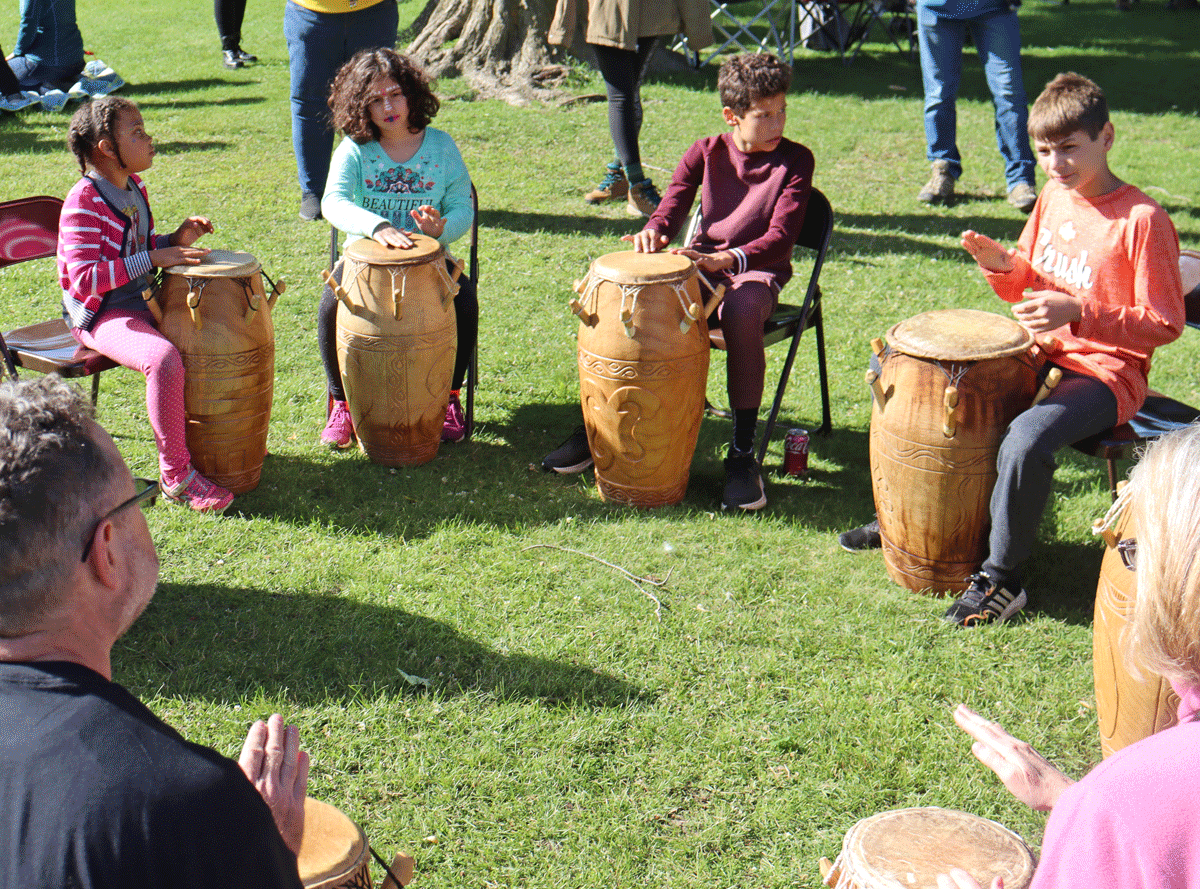 Children and adult volunteers learned how to play in a drum circle at the Juneteenth celebration at Ives Park, Potsdam, June 18. NCNow photo 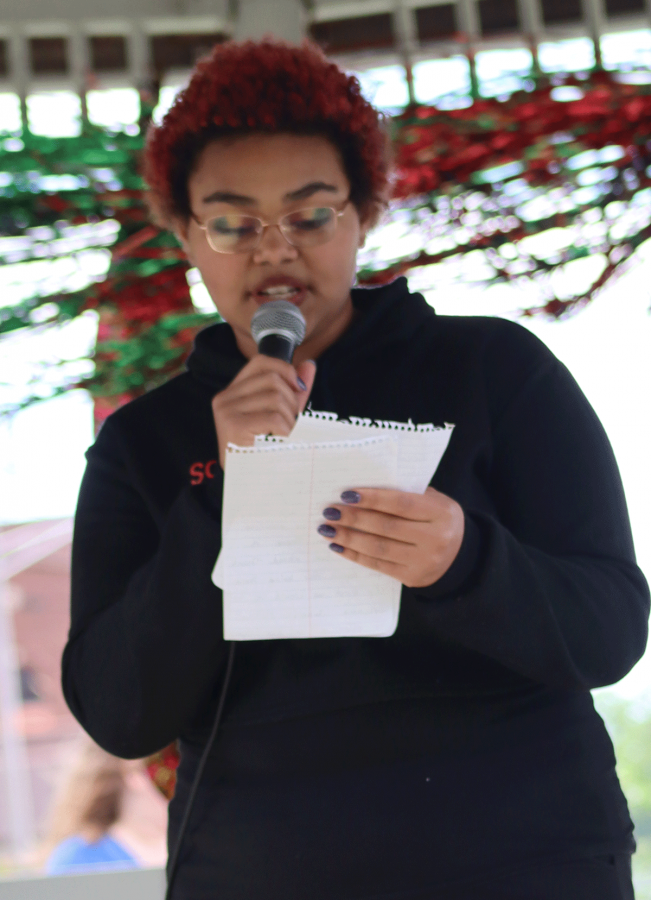 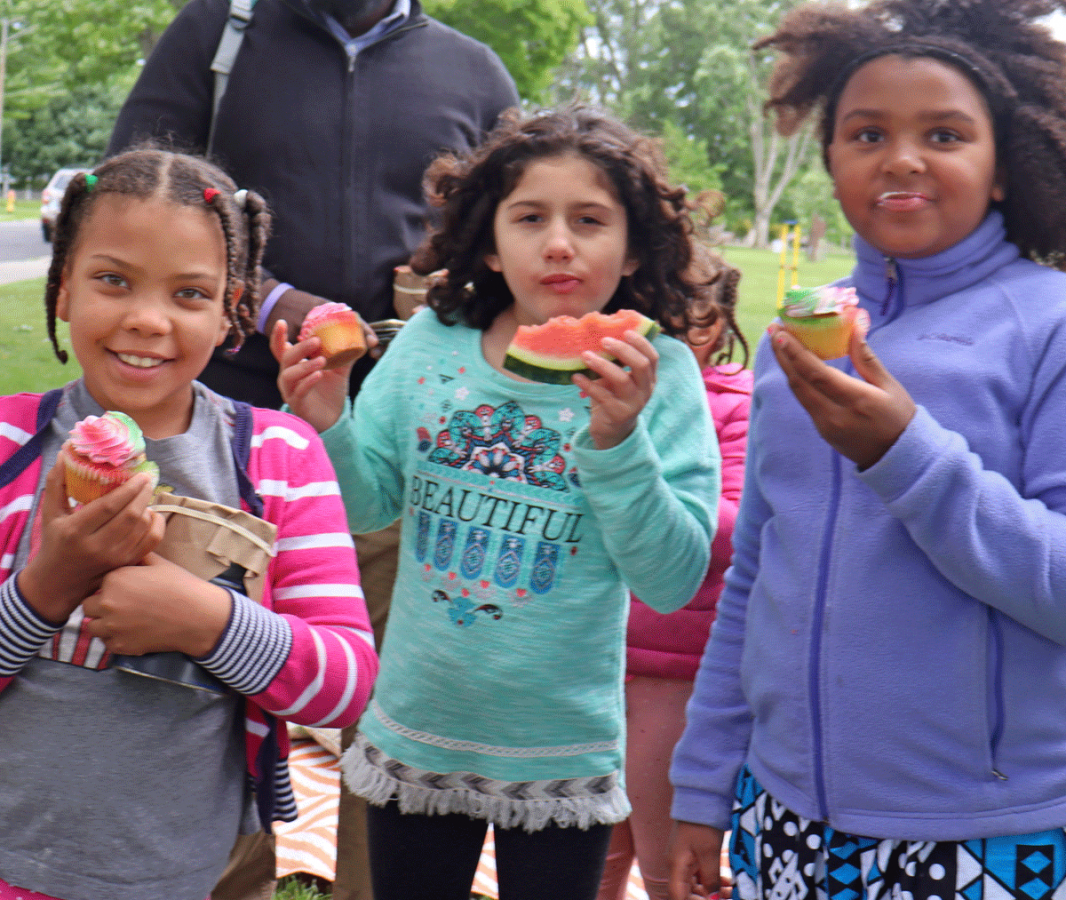 Ena Diop, Julia Andes, and Peinda Ba enjoy the cupcakes and watermelon at the Juneteenth celebration at Ives Park, Potsdam, on Saturday, June 18. 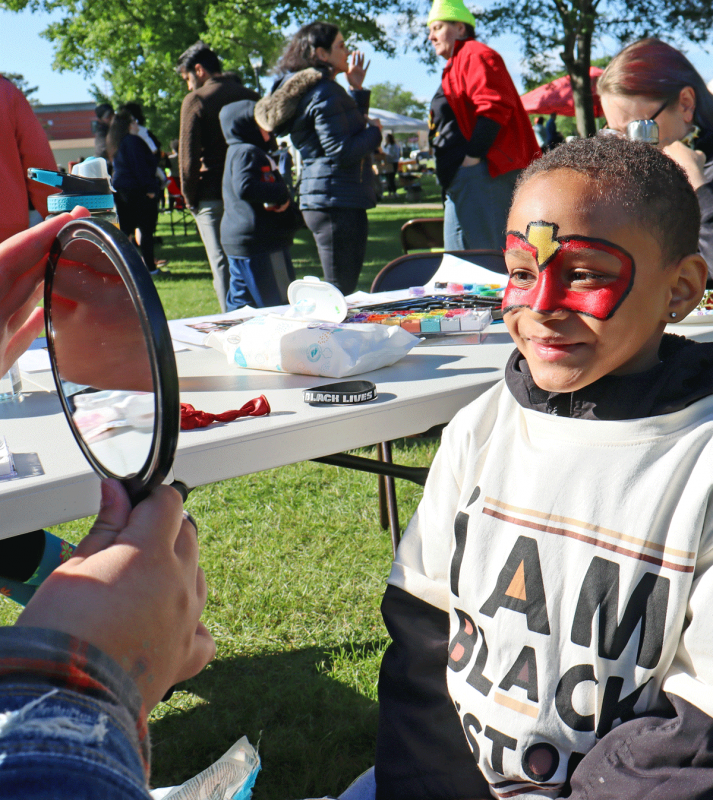 Jerimiah Haverstock, Russell, looks in the mirror at his face painting at the Juneteenth celebration at Ives Park, Potsdam, on Saturday, June 18.