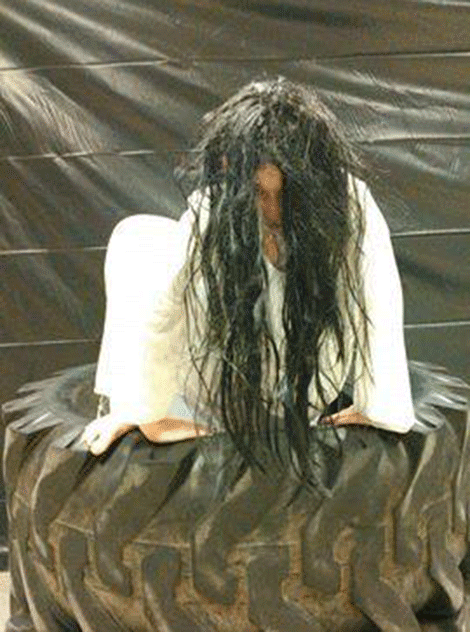 MASSENA -- What could possibly be the largest haunted attraction to ever be hosted in the area will be open weekends until Halloween and benefit the Boys and Girls Club of Massena.

John Roder, who in 2015 organized the Haunted Theater, has turned the former Sears in the St. Lawrence Centre into the Halloween Haunt.

“It’s 70,000 square feet of sheer terror,” Roder said. “It’s going to be one of the scariest things the Seaway Valley’s ever seen.”

“It will be the ultimate scare,” Roder said. “Kids can go, but it’s up to parents’ discretion. We do plan to terrorize everybody.”

The haunt will raise money for the Boys and Girls Club of Massena. Admission will be $5 for everyone on the 13th, and $3 for kids age 12 and under and $5 for everyone else the following weekends.

Roder credits support from volunteers, businesses and organizations for making the haunt happen, which has been in the works since August.

“This would not have happened if it wasn’t for the community support … So many businesses, small entities stepped up to the plate … gave me right advice, right tutelage to make it happen,” he said. “The support of my family was extremely helpful, because this meant a lot of me not being around.”

As with the theater in 2015, some of the scares will be acted out by Massena High School students and kids participating in Boys and Girls Club activities.

“A lot of the kids that helped me down at Theater, they came to me and said ‘I definitely want to be part of it,” Roder said. “Now I have more volunteers stepping up and want to be part of this community unity, ultimately it’s for the Boys and Girls Club.

“It gives young kids purpose. It’s something bigger than just having fun, something that’s going to go back into the community.”

Roder says he is eager to give something positive back to Massena, which “has taken a lot of blows lately.”

“That’s what my ultimate goal is … to bring smiles to their faces,” he said.

The Haunt has a group on Facebook at goo.gl/wexXur.

Go to goo.gl/eK2htd to see a slideshow of photos from the 2015 Haunted Theater.