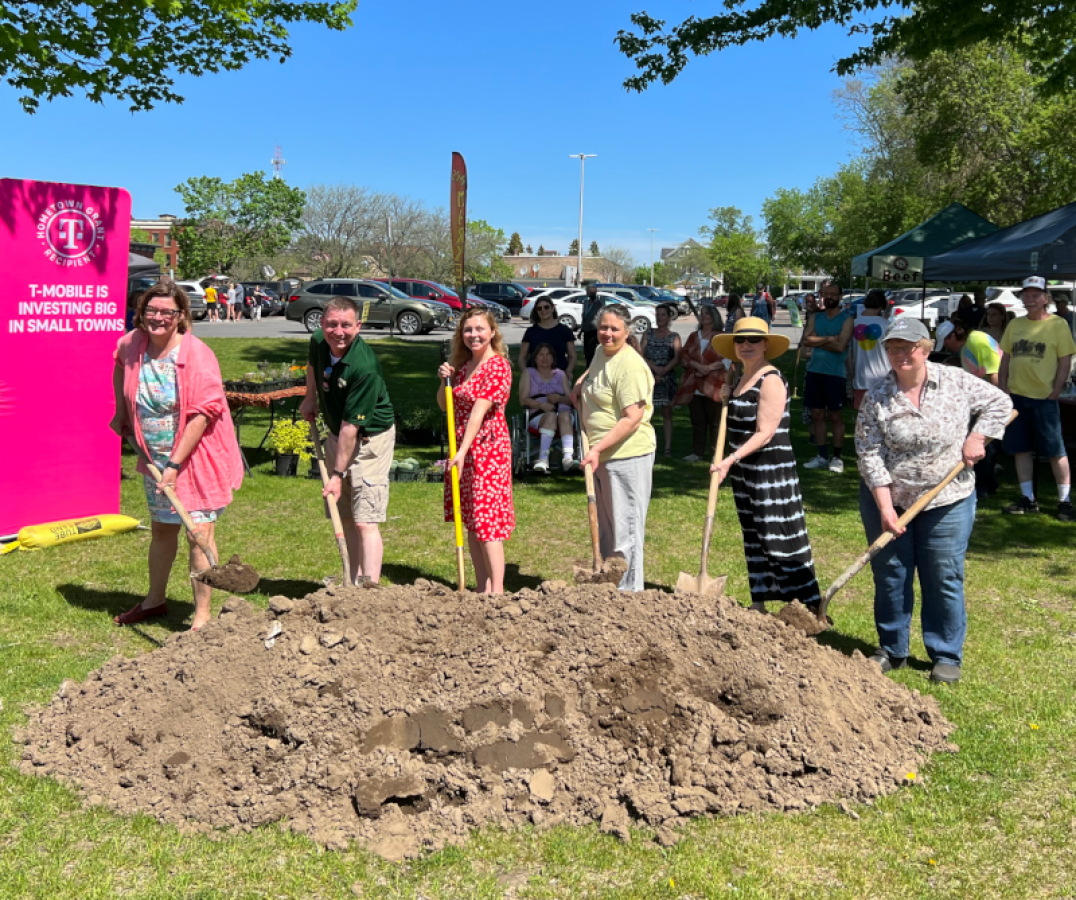 POTSDAM — The Potsdam community gathered for a groundbreaking ceremony on Saturday, May 14, to celebrate the village's $32,010 T-Mobile Hometown Grant to build a pavilion adjacent to Ives Park.

Potsdam was one of only 25 communities who were selected out of hundreds of applications for this round of funding.

The celebration was held during the first Potsdam Farmer's Market of the season. Once the pavilion is complete, it will provide a shelter for the market and other community events, such as the Summer Festival, Snowman Festival and Ives Park Concert Series. The village plans to work with Amish carpenters to build the pavilion, and site work is set to begin in the coming days.

While construction is underway, the Potsdam Farmer's Market will be held along the walkway in Ives Park this season.

The pavilion project came together in part thanks to the work of a Complete Streets Working Group that Wilke helped to convene last spring. Her work with Smart Growth America on the Active People Healthy Nation Champions Institute helped to inform the project, as the village tied its grant proposal into its Complete Streets planning.

Community partners were integral to the success of this proposal, said a press release from the village, especially non-profit partners such as the St. Lawrence Health Initiative, Potsdam Farmer's Market, Potsdam Chamber of Commerce, North Country Children's Museum and St. Lawrence County Arts.