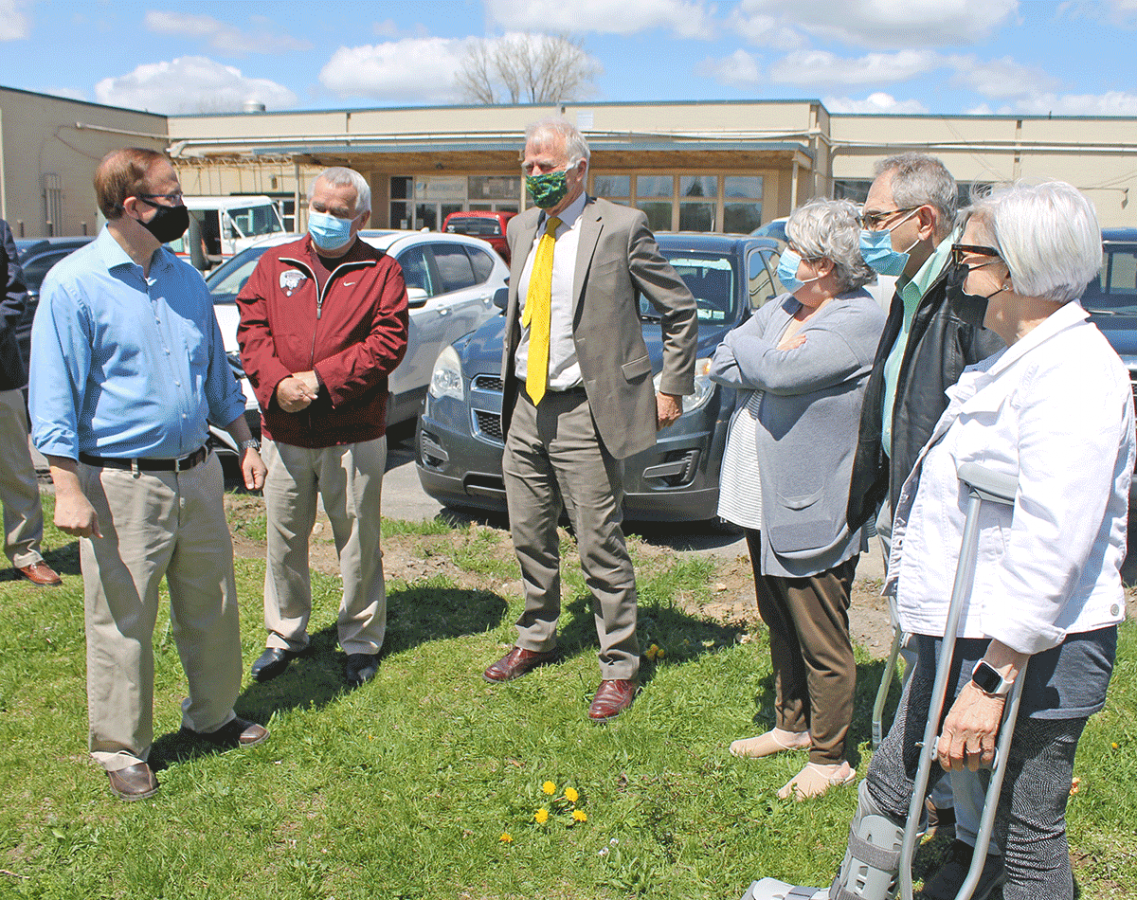 Griffo was first on hand with village officials and others to hold what Potsdam Village Mayor Ron Tischler called an “informal grand opening” at Garner Park.

“(Sen. Griffo) provided a lot of money for infrastructure, and we are very much thankful for that,” Tischler said.

Also on hand for the informal grand opening was Clarkson University President Tony Collins and a representative from the St. Lawrence Health System. Both Clarkson and SLHS contributed $50,000 each for the project.

“We are hoping to actually start the construction phase by the end of next week,” Tischler said. The preparation for construction work in the park has already been completed. J.E. Sheehan Construction Company is the lead contractor on the project.

“We hope to have it completed by Sept 10, that's our target date,” Tischler said.

The trail will feature a winding trail, trees, scrubs and benches and feature one of the best views in the village of the river, the mayor said.

Next, the state senator visited the Clarkson Inn to present the Empire Award.

The Empire Award recognizes businesses and companies in New York State that are leaders in their industry, use innovative methods or products, increase jobs and economic growth and make significant community contributions.

“It is an honor to present a New York State Senate Empire Award to The Clarkson Inn,” Sen. Griffo said. “For more than 30 years, the inn has served as an important anchor for Potsdam’s downtown neighborhood and has continued to demonstrate a strong tradition of and commitment to serving the community and region.”

The Clarkson Inn, which is owned by Clarkson University and managed by Visions Hotels, opened in 1985. It is a well-known destination for travelers, tourists and visitors to local colleges and universities and the region.