MASSENA -- The former director of the Massena Wellness Center has been charged with murder in Ithaca.

Justin Barkley, 38, was arrested Thursday on accusations of killing 52-year-old William Schumacher of Candor in the Ithaca Walmart parking lot, according to Ithaca police. 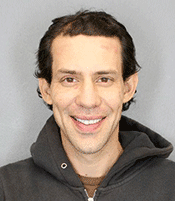 According to a report in the Cornell Sun, Barkley shot Schumacher, a UPS driver, ran over him with his vehicle and later fired at officers before barricading himself in his Dryden home.

The newspaper said an eight-hour standoff followed which ended after police sent in a robot to communicate with him and convinced Barkley to walk out his front door.

“Investigators have determined that the suspect and the victim did not know each other prior to this incident and they had not had any prior interactions with each other either,” according to a press release from Ithaca police.

The Ithaca Journal reported that Barkley confessed to the killing in a recorded interview, but no motive has been established.

The New York State Office of Mental Health said Barkley had resigned his position in Massena prior to the murder.

“Justin Barkley was not employed by the state of New York at the time of this incident. This former employee was a licensed master social worker from September 2008 until May 2016 at St. Lawrence Psychiatric Center, where his final position was program director of the Massena Wellness Center,” according to Ben Rosen, OMH Public Information Office director. “In May 2016, he voluntarily left St. Lawrence Psychiatric Center for a position with the Office of Children and Family Services.”

Barkley is being held at the Tompkins County jail without bail pending a Wednesday appearance in Ithaca City Court at 8:45 a.m. He is represented by attorney Lance Salisbury, Ithaca police said.