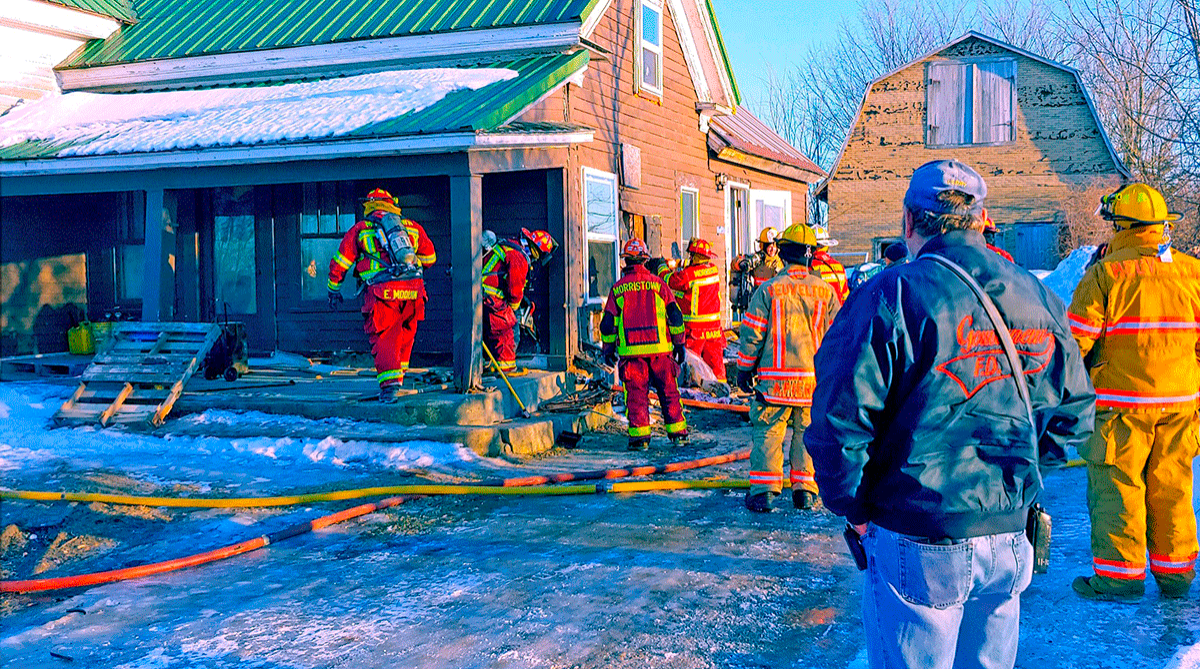 MACOMB — Firefighters rescued three dogs and saved a home from being a total loss following a fire on State Highway 184 Wednesday afternoon, according to Morristown Fire & Rescue.

The fire was reportedly knocked down quickly and crews began overhaul operations.

There was moderate fire damage to two walls in the living room, and minor water damage, the department said.

Chief Moore said, "the fire crews did a great job knocking the fire down quickly and saved the residence.”

No one was reportedly home at the time of the fire and three dogs were removed unharmed.

No injuries were reported and fire crews were back in service at 6:39 p.m.

Firefighters from Morristown, Gouverneur and Heuvelton, as well as National Grid and NYS DOT responded to the scene.