Firefighters, police, neighbors help save horse that fell in river in Winthrop 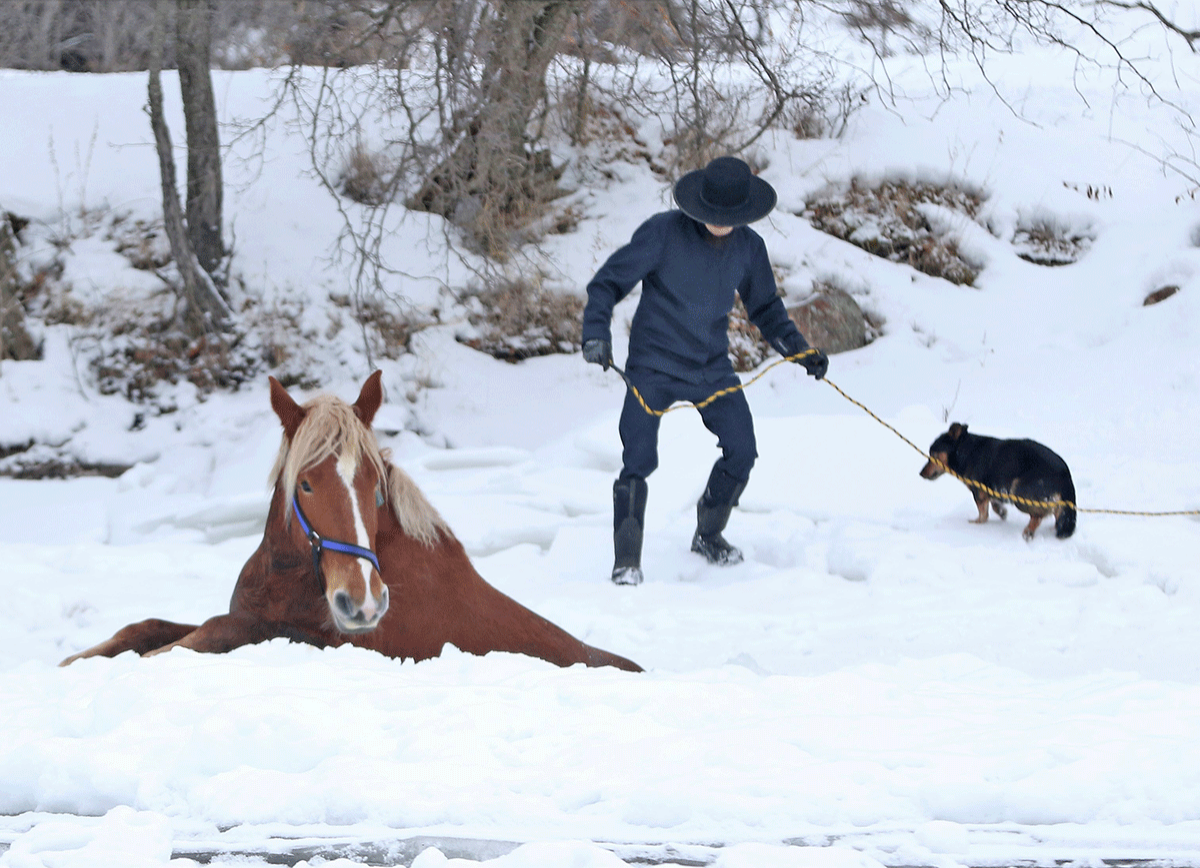 WINTHROP — It took a community to rescue Bert.

Bert, an Amish horse, fell through the ice Sunday afternoon on the St. Regis River.

Brasher-Winthrop firefighters, police and neighbors all chipped in to help rescue the animal, according to Sheila Daoust, who submitted photos of the incident.

She said the horse was about 15-feet from the bank when he broke through the ice.

“After they got him turned around and rope up, they were able to help Bert out of the water,” she said.

The horse was reportedly tired but escaped serious injury, she said. He was taken to the barn to be looked after.

The incident took place near the Chapman farm, which the Amish own, Daoust said. 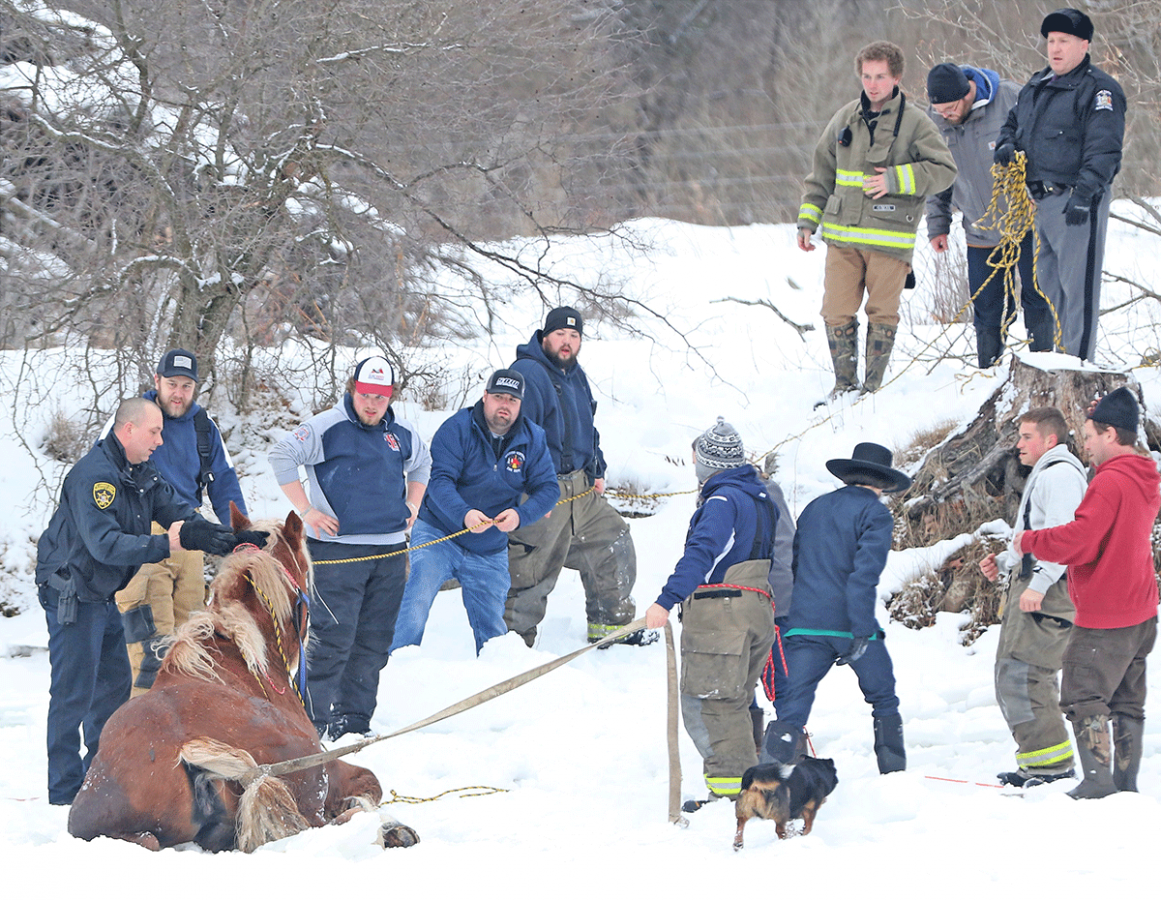