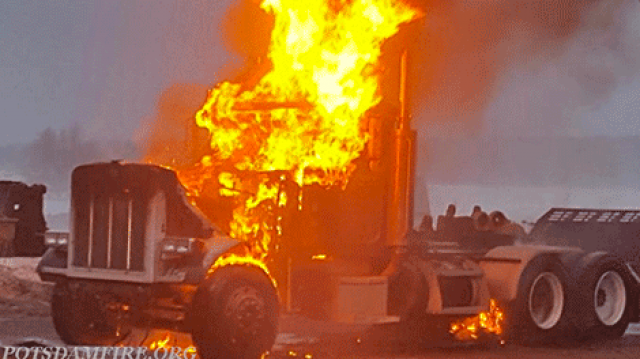 That morning, they were called to a tractor trailer fire at 208 Sissonville Road, where the business is located.

“Upon arrival, firefighters found that the engine compartment and cab of the truck was fully involved with flames. Firefighters quickly began fire suppression and were able to have the fire under control within a matter of minutes,” said Danielle Rose, Potsdam Fire Department first assistant chief.

The cause remains under investigation, firefighters said.

Thursday morning for the fire department started at 6:10 a.m. with a report of an alarm activation at 34 1/2 Market St. Firefighters found the cause and reset the alarm after the building was cleared of smoke, Rose said.

They received the report of the Sheehan truck fire shortly after getting back in service from the alarm call.