Documentary being created about Nik, Nice Guys band that formed in Canton 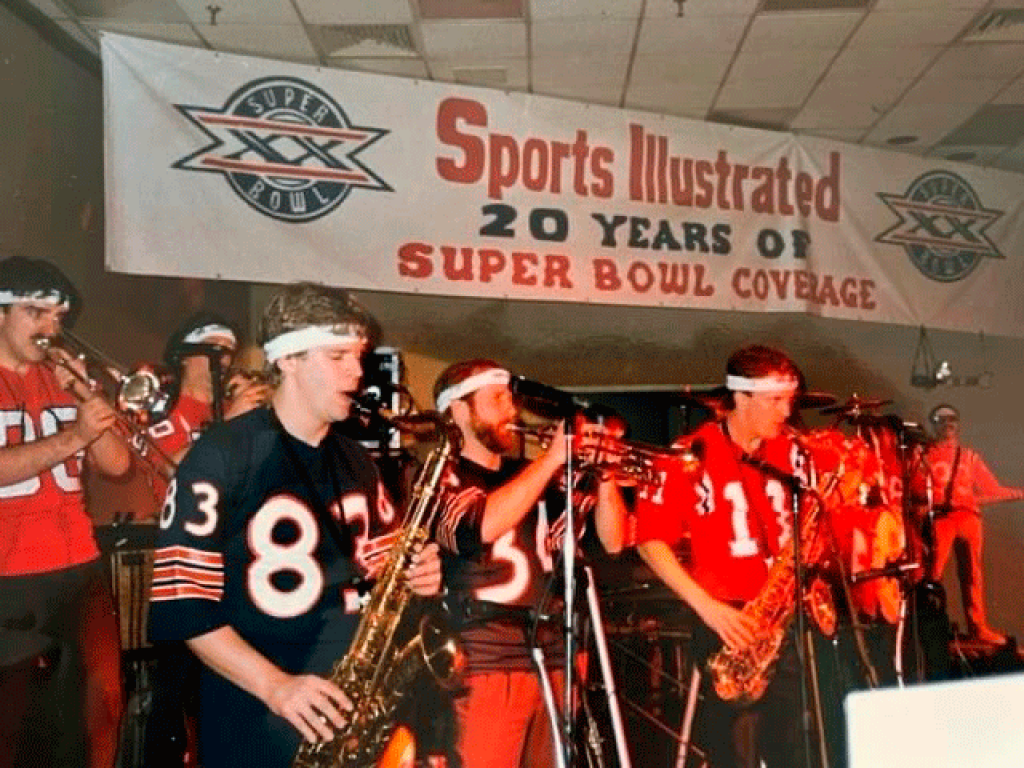 This photo of Nik and the Nice Guys performing at the 1986 Super Bowl was found on Facebook by one of  the band’s horn playing Niktones.

CANTON – Do you remember the band Nik and the Nice Guys? And did you know they played a role in changing the music culture at Super Bowls?

The band was formed in 1971 by a group of Canadian hockey players at St. Lawrence University who include National Hockey League coach Mike Keenan and present day Nik manager Gary Webb.

Both Kennan and Webb were on the SLU campus Oct. 8 for filming with members of the current Saints men’s hockey team.

“The documentary will focus on the Nik shows at the January 1986 Super Bowl in New Orleans and how that and subsequent Nik gigs changed the Super Bowl music culture,” said Webb. “A camera crew followed Iron Mike Keenan and I all over the campus Homecoming weekend.”

“Prior to Nik performing for NFL Properties and Sports Illustrated at the New Orleans Super Bowl in 1986, entertainment was provided by string orchestras, folk singers and marching bands,” Webb continued.

The rock and roll party band disbanded upon graduation but reformed in the 1980s in Rochester, NY while Keenan was coaching the American Hockey League Rochester Americans.

Both Kirk and Webb are looking for photos and/or videos of Nik and the Nice Guys at SLU from 1971-75 or through 1987 when the band played at St. Lawrence’s Leithead Fieldhouse.

“The 1987 gig was a hockey reunion event booked by Randy LaBrake. He even remembers the songs we did,” said Webb.

“We have 50 or so Nik people looking for pictures,” he added.

Interviews for the documentary have taken place in Rochester, Toronto, Charleston, S.C., Orlando, and Canton.

A released date is planned for mid 2023.

Anyone wishing to share photos, videos and memories about the band can contact Webb at [email protected]