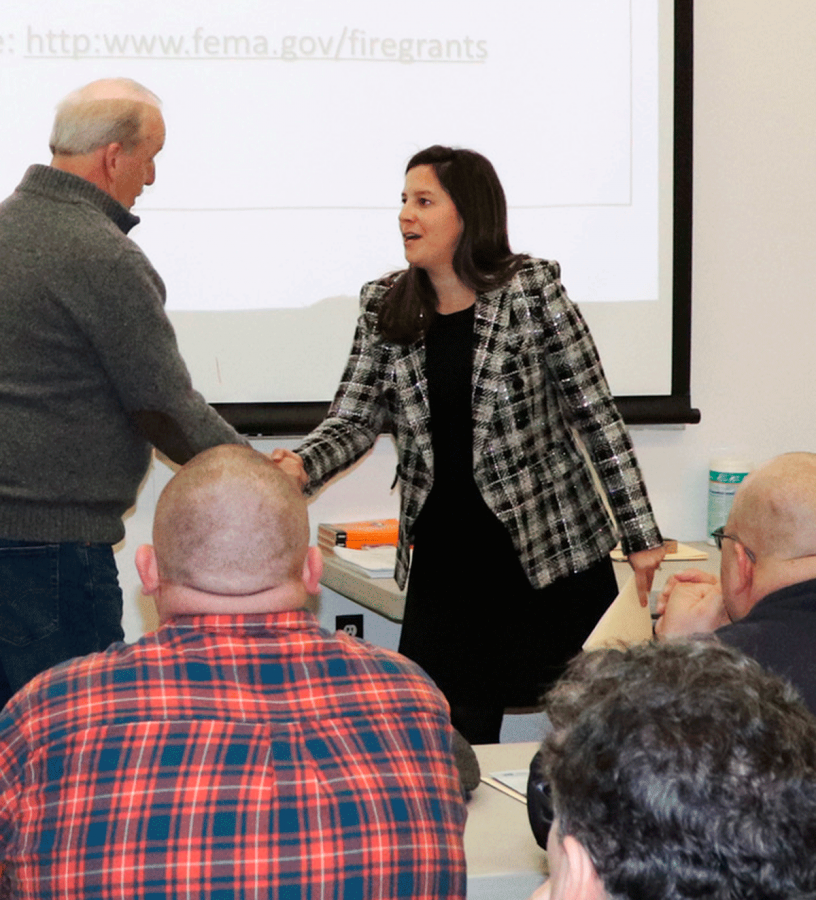 The congresswoman spoke briefly at the FEMA Assistance to Firefighter Grant Workshop at the St. Lawrence County Fire Training Center in West Potsdam.

Fire chiefs, grant writers and emergency responders from several departments were on hand to hear directly from federal officials on how to improve their chances at securing funding.

Stefanik opened the event talking about the importance of this funding for rural communities like those in St. Lawrence County, which rely on community volunteers to respond to fires and other emergencies.

“As we know our firefighters need this funding in this region,” she said.

Stefanik, who had come directly from another event in Watertown, did not stay long, but turned the workshop over to Brian Thomas from the Federal Emergency Management Agency and Brian Murray from the United States Department of Agriculture before departing.

Both the USDA and FEMA provide significant funding opportunities to local fire departments. The workshop offered insight into the process for submitting grants for both agencies and laid out the expectations so that grant applications submitted from St. Lawrence County Departments would have a higher chance of being approved.

St. Lawrence County Fire Training Center Chairman Robert Kerr said he was honored to host the event and offered appreciation for the congresswoman and other representatives for coming to center.

He said many people don't realize that volunteers often write the grants that volunteer departments rely on for funding. He said they couldn't afford to pay for grant writers so sessions like this can have a major impact on the ability to fund things like air-packs, turnout equipment and vehicles.

He was also pleased to have a light shined on the training center, which last year alone saw 8,000 training hours. He said all St. Lawrence County fire departments as well as some from neighboring counties use the center. Corning and Alcoa fire brigades also use the facility.