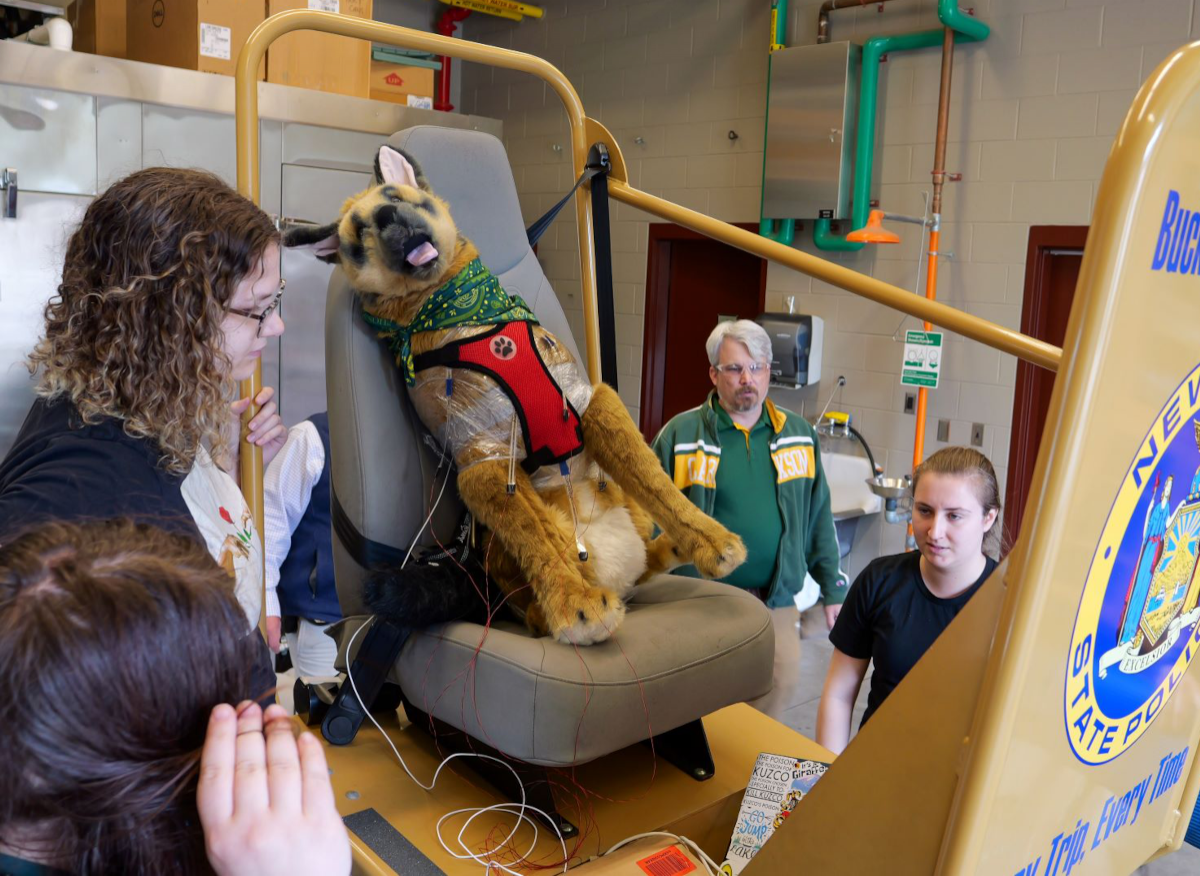 Engineering students from Clarkson work with troopers from the Ray Brook barracks to develop seatbelts for dogs. Clarkson photo.

As a part of Dr. Carl Hoover’s Experimental Methods in Mechanical & Aerospace Engineering class, Abigail Jacunski ‘23, Kristina Franklin ‘23, and Hannah Orton ‘23 were tasked with planning their own experiment, executing it, and assessing the results.

“It’s an opportunity for them to dig in deep on a hands-on project of their own choosing,” said Dr. Hoover.

“There is not much about dog seat belts on the internet, most of the dog seat belts that are out there haven't actually been tested-they are just a way to restrain the dog in the car. We wanted to see what is the safest one for the dog,” Jacunski said.

A repeatable substitute for an auto impact was an important part of this experiment. The solution was the “Seat Belt Convincer,” a device that troopers use to simulate a low speed (5-10 mph) auto collision.

A car seat with a harness is attached to a ramp and allowed to slide down and impact the padded lower end of the incline.

For the Experimental Methods class, this was the stage they needed to run their tests.

The students needed an anthropomorphic test device (ATD) or crash test dummy so they purchased stuffed animal dogs and filled them with sand to get closer to the weight of a real dog.

“They designed instrumentation and control circuits to be able to measure the dogs in an impact and then hopefully identify certain configurations of the harness to be able to tell what’s safe and what’s not safe for the dogs,” Dr. Hoover said.

The students used piezoelectric pressure sensors, load cells, and accelerometers to measure the forces exerted on the stuffed dog during the test. This information was recorded to a nearby laptop and a cell phone used as a secondary recording device.

These results will be put together into a scholarly paper, a press release from Clarkson said.