Chris Johnston leads Bassmaster Elite in Waddington after day one 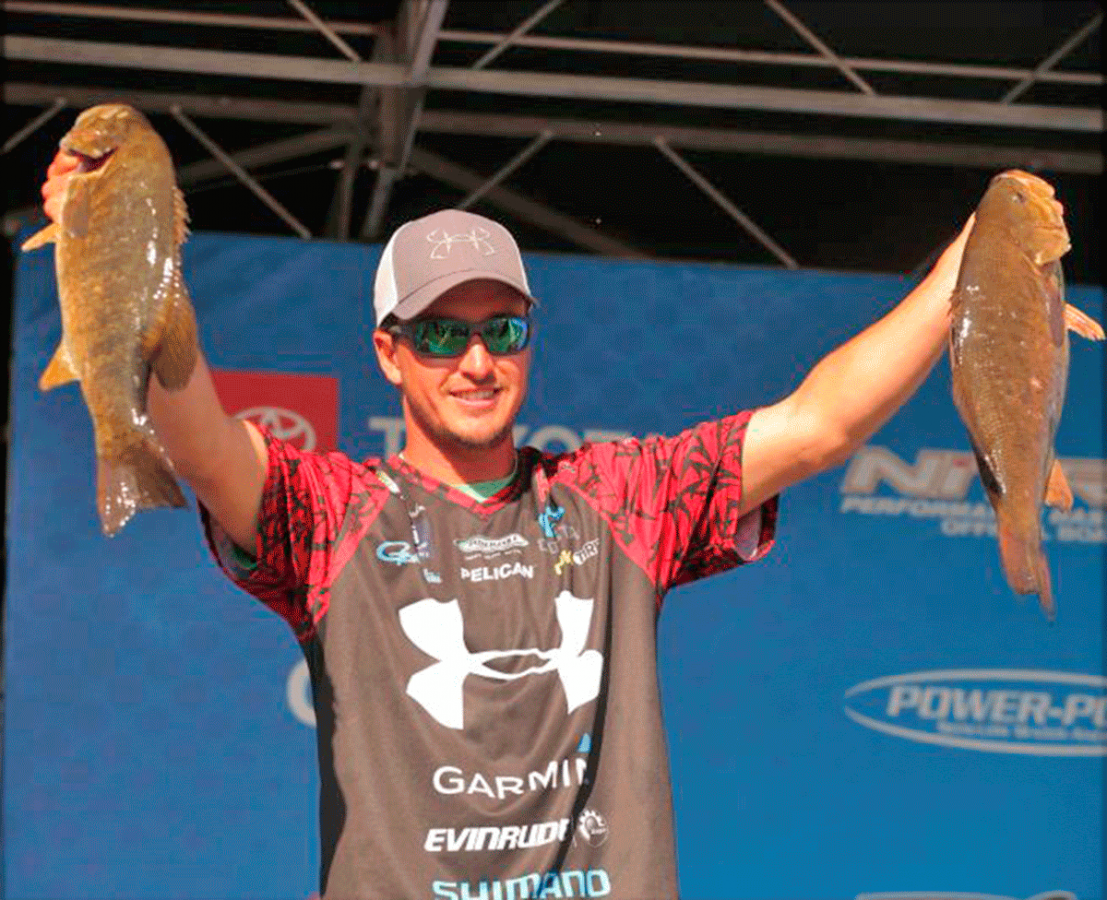 WADDINGTON — Expectations for the 2019 Bassmaster Elite at St. Lawrence River were slightly muted going into Day 1. After all, last year’s event on this storied fishery was dubbed as the best smallmouth tournament in the history of man, and practice for most of the Elite Series pros this time around was tough.

There was no way, according to reports from the competitors, that this year’s event could match the statistics from the previous year.

However, Chris Johnston proved that The No. 1 fishery in the nation according to Bassmaster Magazine’s 100 Best Bass Lakes rankings was still top of the class. The Canadian pro boated 24-7, including a 5-13 behemoth, to take the Day 1 lead.

“My day started pretty rough,” Johnston admitted. “I lost the first three fish I hooked, two 4s and a 5. I thought ‘oh, no, it’s going to be one of those days.’ But then, I landed a couple of good ones, and then caught one that nearly weighed 6 pounds. So, I’m really happy with how much weight I ended up with today.” Johnston is a little worried about whether or not he will be able to reproduce the massive limit over the next three days of the event. “I only have one really good spot, and I’m sharing it with another angler. So, I don’t know if it will hold up.”

Right on the heels of Johnston is Alabama pro Scott Canterbury, who boated 23-8. Unlike the Canadian pro, who has spent countless hours fishing the St. Lawrence River, Canterbury is fishing the New York waters for the very first time.

“A lot of my practice was spent driving around, trying to learn the landscape of this fishery. I started to figure a few things out, and a lot of what doesn’t work here, and finally pieced together a game plan that would help me survive this tournament. My weight today is a blessing, I just hope I can reproduce it tomorrow.”

Veteran Elite Series pro Steve Kennedy weighed in 23-7 to take the third-place position, which included the Big Bass of the day, a 6-2 monster smallmouth. “I am doing something a lot different than most of the field,” the Alabama pro admitted. “I hand painted a big glide bait to look like a perch. I am using it as a search bait for individual fish.

They follow the glide bait and show themselves, then I throw a follow-up lure to catch them.” Like the other top anglers, Kennedy is not sure if there are enough big fish in his area to bring another massive limit to the scales. “I have seen a lot of 4 pounders, but those 5- and 6-pound fish are rare where I am. I’m hoping more bass move into the area, otherwise I’ll have to go to Plan B.”

As for the expectations leading into this episode of the St. Lawrence Smallmouthfest, they were certainly exceeded. There were 35 limits exceeding 19 pounds, 26 of which topped the 20-pound mark and five eclipsed 23 pounds.