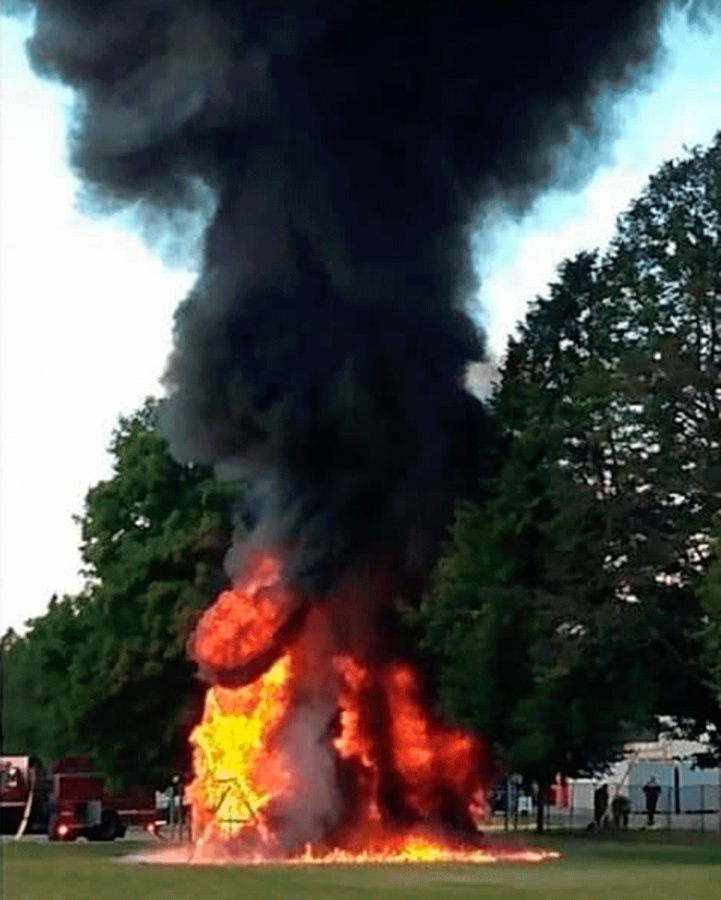 RAYMONDVILLE – An arrest has been made in connection with the playground fire in June.

It is alleged that on June 14, in the Raymondville park, the juvenile started a fire inside the playground ship causing a total loss of the ship.

Police said the juvenile's parents were issued the appearance tickets and a referral was made to St. Lawrence County Probation.

Norfolk police said the fire started at 4:41 p.m. with firefighters and police arriving at the scene around 5:30 p.m. with the playground structure fully engulfed.

The Raymondville playground is slated to receive a $25,000 donation to help rebuild the set.

ProAmpac, along with their Iota I division APC Paper, has donated $25,000 towards the rebuilding of the recently burned playground equipment, officials announced.

The playground equipment will be installed this summer and the park will be renamed "APC Park."