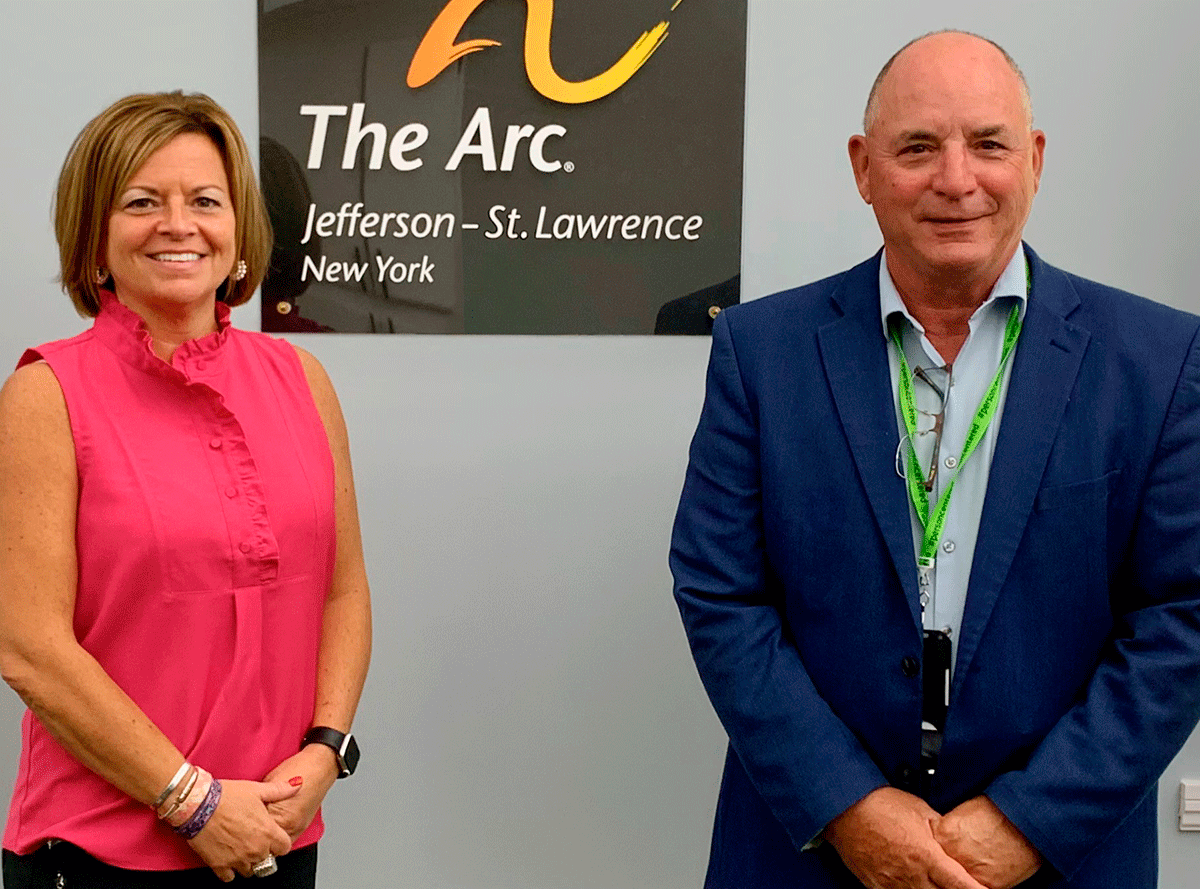 The Arc Jefferson - St. Lawrence (www.thearcjslc.org) will soon have a new chief executive officer with the retirement of current CEO Howard Ganter on Jan. 27, 2023 after 44 years of service.

Lynn Pietroski, the organization's current Chief Operating Officer, has been selected by the board of directors to become the agency’s next Chief Executive Officer. The team will continue to work together over the coming months to ensure a smooth leadership transition that will encourage further growth in services for people with developmental disabilities.

“Howie is a strong leader who cares about our staff and people we support and we have been fortunate to have his guidance as the agency’s CEO for 13 years,” said Jackie Sauter, President of The Arc Jefferson – St. Lawrence’s Board of Directors. “We look forward to celebrating Howie’s achievements in the coming months and have full confidence in Lynn as a successor.”

Ganter started with the organization as a Recreation Therapist. After 11 years, he became the Director of Day Services then moved quickly to the role of Director of Residential Services, where he stayed for 16 years. In 2009, Ganter was selected to become Executive Director of the Jefferson Rehabilitation Center and then worked through a unification with the St. Lawrence County chapter to merge into The Arc Jefferson - St. Lawrence on January 1, 2019.

Ganter has served on many boards and committees during his tenure to include: 20 years on the Village of Glen Park Board; 13 years on the board of the Volunteer Transportation Center, with several years as President; President of 1 World Foundation; President of DOHL Development; Treasurer of the Executive Director Association of NYSARC; member of the Finance Committee of the North Country Initiative, Board member of NYSACRA, member of the Guardianship Committee of The Arc New York; and member of Watertown Noon Rotary and Past President.

"Lynn has the needed organizational knowledge, leadership skills, and a fierce determination to provide the highest quality services to people with disabilities, which made her the clear choice to become Chief Executive Officer," stated Howard Ganter, Chief Executive Officer of The Arc Jefferson – St. Lawrence. "Lynn has exceeded my expectations on her ability to acclimate to this field and learn the operations of an agency with both a local and state-wide presence.”

In her role as Chief Operating Officer for The Arc Jefferson – St. Lawrence over the past seven years, Pietroski is responsible for the agency’s day to day operations, oversight of senior management, and financial accountability for all programs occurring at the $76 million-dollar nonprofit. Prior to joining the agency, she was Chief Executive Officer of the Greater Watertown North Country Chamber of Commerce and Associate Executive Director at Children’s Home of Jefferson County. She has extensive community involvement with organizations such as: Big Brother Big Sisters of the North County, Heather A. Freeman Foundation, Jefferson County Community Services Alcohol and Substance Abuse Subcommittee, and Jefferson County Community Services.