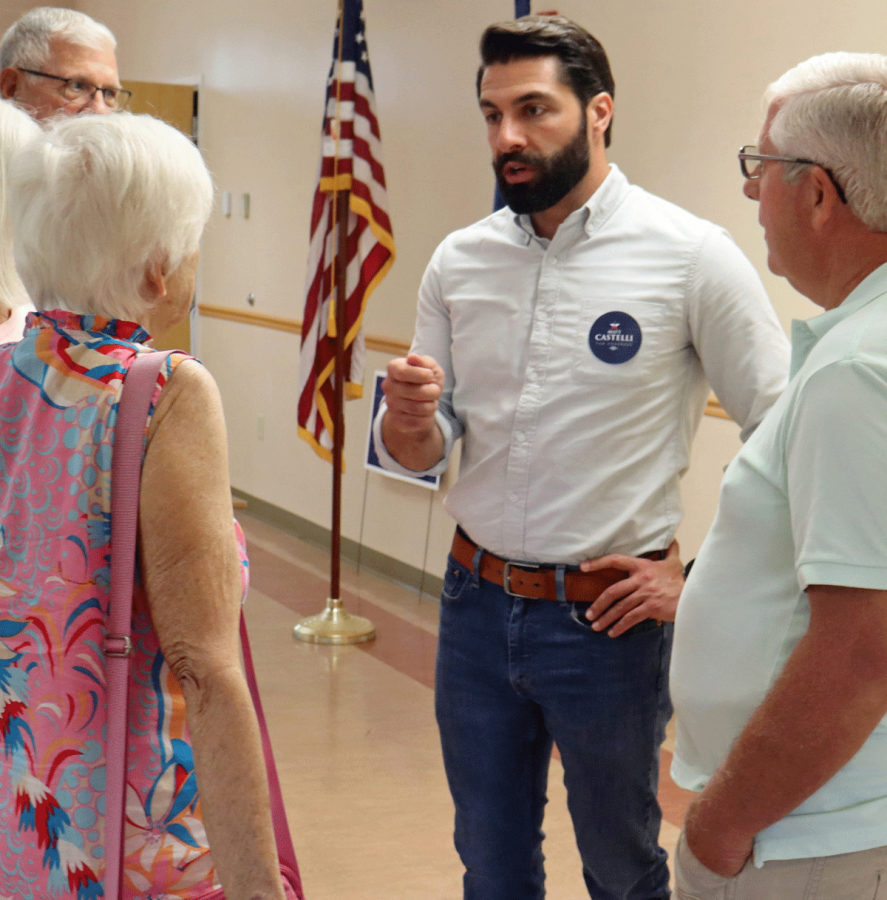 MASSENA – “Country over party.” That was the message Democratic Congressional candidate Matt Castelli gave to about three dozen attendees at a town hall meeting Tuesday, Aug. 16.

“If I learned anything throughout my career of public service is that when it comes to protecting our nation, protecting our community, my family and yours, it requires us to put country before party,” said Castelli at the Massena Community Center.

Castelli said while in college, 9/11 “became a driving force” for his career. He joined the CIA, hunted terrorists, and served in Afghanistan and Iraq. He was then tapped by Pres. Obama as director for counter-terrorism at the National Security Council.

On Jan. 6, he said seeing terrorism in the capital didn’t sit well with him.

“I think Congresswoman Stefanik turned her back on democracy that day. I think she violated her oath to the constitution, the same oath I took when I joined the CIA many years ago.”

“We need to make resources available that allow a community to thrive. Those will attract employers to be here,” he said.

“If you want to grow a business, you have to make investments in it,” and not just infrastructure and broadband, he said.

“The kind of investments that attract and retain talent are childcare, affordable housing, access to healthcare and elder care, and good schools.”

He said all levels of government need to work together to address basic needs of the community. “A lot of power and resources end up going downstate. We need strong voices that represent upstate, advocating for the resources that make their way here.”

Addressing the gun issue, Castelli said he is “a strong supporter of the Second Amendment. This is an American freedom we need to protect. But we have to recognize the times we are in with unprecedented level of gun violence.”

To keep kids and communities safe, he said most agree “firearms should be kept out of the hands of someone that is going to do themselves or others harm.”

“Common sense background checks, red flag opportunities, making sure law enforcement are empowered, making sure they have the right information, that they are not being put under a heightened threat because they are outgunned … so these are the areas where we can come together,” he said.